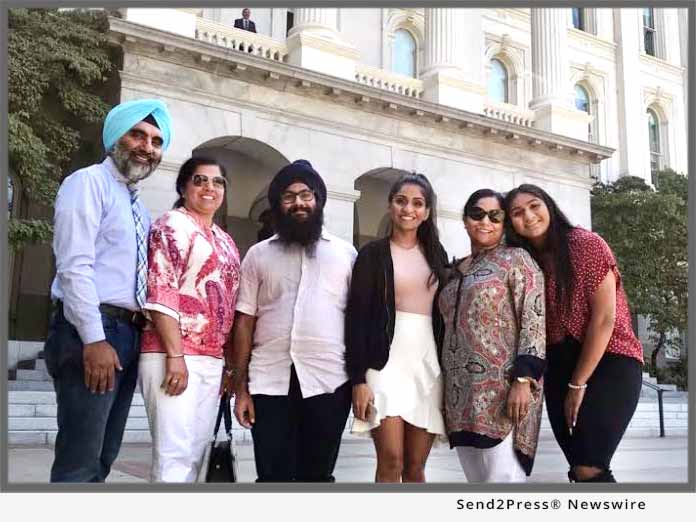 Similar resolutions have been passed by the California Assembly since 2010 to honor the diversity of the state of California and recognize the contributions of Sikh Americans over the last one hundred plus years.

Despite these efforts, Sikhs have faced many hate crimes and there is an urgent need for ongoing educational efforts to bring about increased awareness to put an end to these crimes.

The Punjabi American Heritage Society would like to express gratitude to Honorable Assemblyman James Gallagher for recognizing PAHS members and other Sikhs on the floor of Assembly (names included in Video clip).

We would also like to thank Honorable Assemblymen Ash Kalra, and Jim Cooper for introducing and co-authoring this resolution. We humbly request all schools, colleges and universities to have educational events during the month of November at their campuses to end ignorance and prevent bullying and hate crimes against fellow Americans.

Based in Yuba City, California, The Punjabi American Heritage Society was founded in 1993 with the purpose of promoting friendship and understanding with other communities and helping our younger generation getting connected to their roots. The Punjabi American Heritage Society is a nonprofit, non-political and secular organization. Sutter County has a 10 percent population with Punjabi roots.

LEGAL NOTICE AND TERMS OF USE: The content of the above press release was provided by the “news source” Punjabi American Heritage Society or authorized agency, who is solely responsible for its accuracy. Send2Press® is the originating wire service for this story and content is Copr. © Punjabi American Heritage Society with newswire version Copr. © 2018 Send2Press (a service of Neotrope). All trademarks acknowledged. Information is believed accurate, as provided by news source or authorized agency, however is not guaranteed, and you assume all risk for use of any information found herein/hereupon.