PHILADELPHIA, Pa., Feb. 10, 2022 (SEND2PRESS NEWSWIRE) — It has been well over a decade since Thelma Wright, once reputed to be one of the most dangerous and powerful Black women in Philadelphia, came to the forefront and shocked the nation with true confessions in her memoir, “With Eyes From Both Sides – Living My Live In and Out of the Game.” As the wife of Jackie Wright, a legendary heroin dealer in the city, Wright was intricately connected with the Black Mafia, a gang that operated Philly’s drug trade throughout the 1970’s and into the 1980’s. Once widowed and left as the young mother of a toddler son, she discreetly took over his business, running a bi-coastal drug empire, unbeknownst to family and friends around her. Today however, Thelma Wright is impacting her city and the tri-state area in positive ways with her mentoring program, The Thelma Wright Empowerment Program. 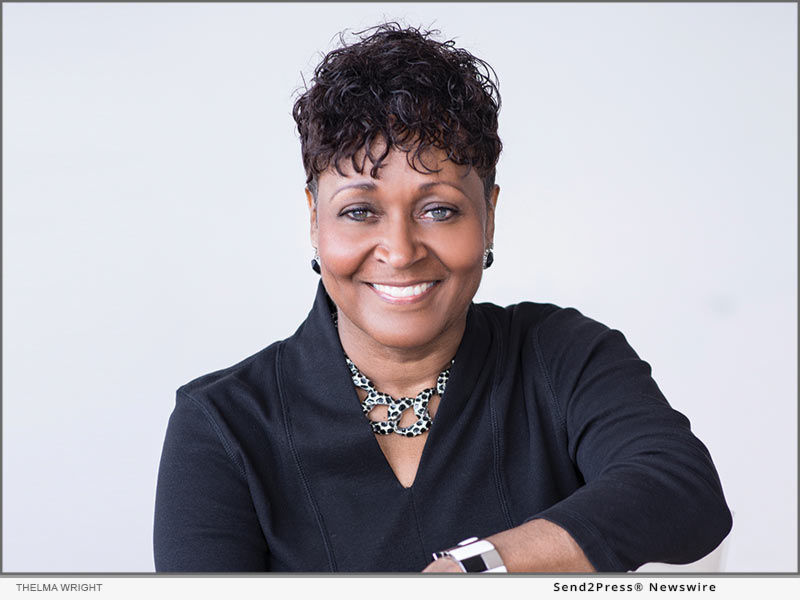 Wright enjoys interacting with youth on a day-to-day basis, in an effort to steer teens and young adults away from the dangers that she once encountered, while guiding them on a positive path of personal development. “My mission is to help at-risk pre-teens and teenagers understand and maintain their self-worth. As a credible messenger, I create a foundation of confidence that empowers individuals to believe their contribution in life makes a difference,” she explains.

“I care about the present and future of our communities, especially our African-American communities. I understand that in order to influence and educate, it’s critical to authentically connect and relate. Our at-risk youth need to understand there are adults that care about their future and well-being. My goal is to provide the youth with the necessary guidance and tools to nurture and develop unique interpersonal relationships as well as assist each individual in their pursuit of happiness,” notes Thelma Wright.

Wright’s background sets her apart from the typical tales of abuse and abandonment. In fact, she is quick to acknowledge that it was the strength of good parenting and strong family ties that laid her solid foundation and saw her through her darkest days. The product of a middle working-class Black family, she attended Catholic school, was a star athlete as a child and was well provided for. It was romance and love that entangled her with one of the Black underworld’s most notorious gangs.

Wright is perfectly positioned to garner all the credibility needed to effect change. She has been the subject of television documentaries, including Bio’s “Gangsters: America’s Most Evil” and the BET+ “American Gangster: The Trap Queens” series. Superstar recording artist/actress Mary J. Blige was even set to executive produce the USA Network drama series “Philly Reign” based on Wright’s memoir, a project that lasted until the development stage. Wright was also commemorated in the special edition of Time-Life Magazine, “Women Outlaws, Their Crimes, Their Motives, Their Methods.” A sought-after motivational speaker, Wright’s wisdom has graced prisons, schools, youth centers and universities around the country.

In between her mentoring schedule, Wright stays busy fielding project inquiries from the entertainment industry and conducting media interviews about her life.

For more information about Thelma Wright and The Thelma Wright Empowerment Program, go to https://thelmabwright.com/ and http://thelmawrightfoundation.org/.

View More Consulting and Coaching News
Says Wright, "I care about the present and future of our communities, especially our African-American communities. I understand that in order to influence and educate, it's critical to authentically connect and relate."

ABOUT THE NEWS SOURCE:
Thelma Wright

Thelma Wright is an author and inspirational speaker from Philadelphia, Pennsylvania. Her self-published memoir “With Eyes From both Sides – Living My Life In and Out of The Game” is a powerful and captivating story that has been read all across the world. Coined as “Philly’s Gangster Queen”, Thelma has been featured on the series “Gangsters: America’s Most Evil”. Coming through many adverse situations, Thelma does not glorify her previous lifestyle; her message is that of wisdom, grace and faith. Currently, Thelma has launched the Thelma Wright Foundation – with the mission to empower at-risk teen girls. Additionally, she conducts speaking engagements across the nation.

LEGAL NOTICE AND TERMS OF USE: The content of the above press release was provided by the “news source” Thelma Wright or authorized agency, who is solely responsible for its accuracy. Send2Press® is the originating wire service for this story and content is Copr. © Thelma Wright with newswire version Copr. © 2022 Send2Press (a service of Neotrope). All trademarks acknowledged. Information is believed accurate, as provided by news source or authorized agency, however is not guaranteed, and you assume all risk for use of any information found herein/hereupon.