“Joel’s reputation for closing the deal precedes him, and that kind of tenacity is exactly what we need as we expand Titan Capital Solutions,” said Debora Aydelotte, president of TCS. “We believe whole-heartedly in the viability of both the correspondent channel and jumbo lending, and Joel is the perfect leader and visionary to bring our message to market.”

Veenstra received his Bachelor of Science degree in business management/finance from Metropolitan State University in Denver. He currently resides in Centennial, Colo. with his wife and children.

About Titan Capital Solutions:
Titan Capital Solutions (www.titancapitalsolutions.com), a wholly-owned subsidiary of Denver-based Titan Lenders Corp., was created to support a secondary/capital market strategy for the correspondent lending channel. TCS is committed to correspondent mortgage lending best practices and has been staffed with deeply experienced correspondent specialists. In addition, TCS embraces a leadership role in the restoration of a private investment marketplace for the mortgage industry. 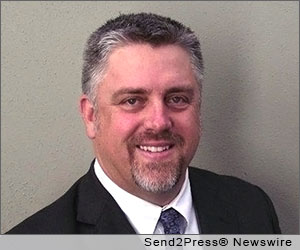 NEWS ARCHIVE NOTE: this archival news content, issued by the news source via Send2Press Newswire, was originally located in the Send2Press® 2004-2015 2.0 news platform and has been permanently converted/moved (and redirected) into our 3.0 platform. Also note the story “reads” counter (bottom of page) does not include any data prior to Oct. 30, 2016. This press release was originally published/issued: Wed, 09 Jan 2013 13:41:22 +0000

LEGAL NOTICE AND TERMS OF USE: The content of the above press release was provided by the “news source” MetaSource or authorized agency, who is solely responsible for its accuracy. Send2Press® is the originating wire service for this story and content is Copr. © MetaSource with newswire version Copr. © 2013 Send2Press (a service of Neotrope). All trademarks acknowledged. Information is believed accurate, as provided by news source or authorized agency, however is not guaranteed, and you assume all risk for use of any information found herein/hereupon.