Titan Doubles Down on Mortgage Quality Assurance Offerings for Investors, Servicers in 2014

"In 2014, Titan Lenders Corp. experienced a shift in the demand for its services from lender-focused back-office support to quality assurance-related activities for investors and servicers," said Titan CEO Mary Kladde.

DENVER, Colo., Feb. 3, 2015 (SEND2PRESS NEWSWIRE) — Mortgage services expert Titan Lenders Corp. (Titan) announced that 2014 was one of its most successful years to date for both Titan and its correspondent investment subsidiary Titan Capital Solutions (TCS).

Overall revenue for the company in 2014 was up 71 percent over 2013. Titan Lenders Corp. increased its services client base by 15 percent over the previous year and saw marked growth in several areas, including:
* Compliance Support – up 278 percent;
* MERS Audit Services – up 115 percent; and
* Whole Loan Purchase Review – up 54 percent.

“In 2014, Titan Lenders Corp. experienced a shift in the demand for its services from lender-focused back-office support to quality assurance-related activities for investors and servicers,” said Titan CEO Mary Kladde. “Despite the poor performance of our retail general fulfillment division, Titan had an extremely successful year as a company, and with our renewed focus on servicers, warehouse lenders and investors, 2015 should prove to be equally as lucrative, if not more.”

“2014 was a tremendous year of growth for Titan Capital Solutions,” said Titan EVP Ruth Lee. “There is an established appetite in the market for jumbo origination, and as TCS enters 2015, it is with an eye towards expansion beyond jumbo to other products where supply may not meet demand. Titan’s mission in 2015 is building our product base, expanding our quality control channels and offering an outlet for scratch and dent.”

About Titan Capital Solutions:
Titan Capital Solutions (www.titancapitalsolutions.com), a wholly-owned subsidiary of Denver-based Titan Lenders Corp., was created to support a secondary/capital market strategy for the jumbo correspondent lending channel. TCS is committed to correspondent mortgage lending best practices and has been staffed with deeply experienced correspondent specialists. In addition, TCS embraces a leadership role in the restoration of a private investment marketplace for the mortgage industry. 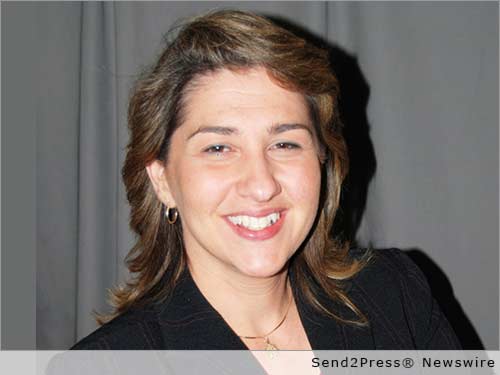 Alternate Headline: Titan Lenders Corp. announces that 2014 was one of its most successful years to date

NEWS ARCHIVE NOTE: this archival news content, issued by the news source via Send2Press Newswire, was originally located in the Send2Press® 2004-2015 2.0 news platform and has been permanently converted/moved (and redirected) into our 3.0 platform. Also note the story “reads” counter (bottom of page) does not include any data prior to Oct. 30, 2016. This press release was originally published/issued: Tue, 03 Feb 2015 08:00:00 +0000

LEGAL NOTICE AND TERMS OF USE: The content of the above press release was provided by the “news source” MetaSource or authorized agency, who is solely responsible for its accuracy. Send2Press® is the originating wire service for this story and content is Copr. © MetaSource with newswire version Copr. © 2015 Send2Press (a service of Neotrope). All trademarks acknowledged. Information is believed accurate, as provided by news source or authorized agency, however is not guaranteed, and you assume all risk for use of any information found herein/hereupon.