CHARLOTTE, N.C., Sept. 25, 2017 (SEND2PRESS NEWSWIRE) — Amid controversy over an event name and outspoken public opinion, a Charlotte N.C. based charitable organization, Tri at the Trump was forced to cancel their annual charity race due primarily to threats of physical harm. 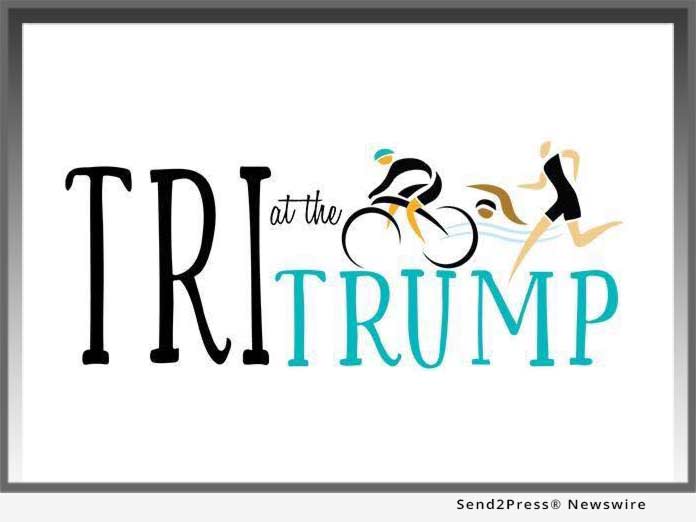 Organizer Chuck McAllister said “We set up this race back in 2014 as a way to help children with Cancer. For the last 4 years it has been a success until this year, when we received numerous politically charged threats. For the safety of the athletes, the spectators, and the children involved we have had to cancel this year’s race.”

It was evident that opponents of the event were against using the Trump name, despite the fact that Trump National Golf Club is just the location of the race. Even after changing the name to “Tri for Good,” as a way to save this year’s triathlon, the organization still received threats and were forced to cancel.

“When we started this event three years ago, we did so with a single goal: raise money to assist families fighting pediatric cancer. Everyone involved in this endeavor does so on a voluntary basis and 100 percent of proceeds go directly to the designated charities. We are heartbroken we cannot support this event, however, our commitment to these charities is ongoing.”

However, the spirit and goal of the event remains. Donation pages for the charities that were to be supported have been posted and charitable giving will continue. In fact, the Triathlon event “Tri at the Trump” will resume next year on October 7, 2018.

McAllister said “Despite the backlash that has happened this year, our goals have not changed. Donations are still being accepted and we are planning to proceed with the race in 2018. The venue and the name, Tri at the Trump, will stay the same next year because our goal is to host a premier event that has the best chance of gaining support for the charities involved.

“The Trump National Golf Club in Charlotte has been an amazing partner and it is a prime location for an event of this type, so that will not change. We just ask that people put politics aside and support an event for a good cause.”

In 2018 the organizers are aiming to have twice the participation and twice the attendance after having to miss this year.

Tri at the Trump: http://triatthetrump.com/

News Source: Tri at the Trump

View More NonProfit and Charities News
"When we started this event three years ago, we did so with a single goal: raise money to assist families fighting pediatric cancer. We are heartbroken we cannot support this event, however, our commitment to these charities is ongoing," said organizer Chuck McAllister.

More from Tri at the Trump

ABOUT THE NEWS SOURCE:
Tri at the Trump

Tri at the Trump is a sprint triathlon held on the grounds of Trump National Charlotte on the shores of Lake Norman and launched in 2014 to help children's charities that fight cancer. Each year, the race includes a sprint triathlon with a kickoff celebration, followed by youth events. The sprint triathlon is followed by a festival full of family fun, live music and food! Join us as an athlete, a volunteer, a sponsor or just as a supporter of the amazing charities. While the event was cancelled for 2017, it will be back in 2018.

RSS News Feed for Tri at the Trump

LEGAL NOTICE AND TERMS OF USE: The content of the above press release was provided by the “news source” Tri at the Trump or authorized agency, who is solely responsible for its accuracy. Send2Press® is the originating wire service for this story and content is Copr. © Tri at the Trump with newswire version Copr. © 2017 Send2Press (a service of Neotrope). All trademarks acknowledged. Information is believed accurate, as provided by news source or authorized agency, however is not guaranteed, and you assume all risk for use of any information found herein/hereupon.