Weitz & Luxenberg’s Samuel Meirowitz, lead trial lawyer on the case, said the jury’s verdict found Cleaver Brooks 60 percent responsible for the plaintiff’s exposure to the asbestos boiler components that contributed to his development of cancer.

The firm’s client died in 2005 from mesothelioma, an insidious form of cancer that occurs in the lining of the lungs. He had worked for decades as a boiler operator and repairman at McConnell Air Force base in Wichita, Kansas. He was 59.

It was contended at trial that some boilers produced by Cleaver Brooks in the middle of the last century used insulation, refractory cement, and other component parts that contained asbestos, a toxic mineral whose microscopic fibers can lead to lung cancer and mesothelioma when inhaled.

The plaintiff’s widow testified at trial to her late husband’s struggle with a deadly disease whose only known cause is exposure to asbestos.

A coworker also testified to the plaintiff’s dedication as a worker, as well as to their routine of boiler maintenance, which involved opening boiler doors, repairing asbestos-containing refractory cement, and other activities that inevitably caused the inhalation of asbestos dust.

The case represented a legal victory for the plaintiff, according to Meirowitz.

Cleaver Brooks argued that the Air Force (among others) was to blame for the plaintiff’s injuries, but Meirowitz and his co-counsel were able to convince the federal jury that the majority of responsibility should be allocated to Cleaver Brooks since it had many opportunities to warn about the dangers of its products, yet failed to do so.

Meirowitz was assisted by Frank Ortiz, who manages Weitz & Luxenberg’s asbestos team, and Kyle Shamberg, who sat second chair for the firm. Dan Blouin and John Richmond also aided with research about their client’s exposure to Cleaver Brooks’ products.

The case was tried before Hon. Jack Weinstein in the Eastern District of New York. Cleaver Brooks was represented by Suzanne M. Halbardier of Barry, McTiernan & Moore, LLC.

In spite of the positive verdict, Meirowitz said that such results are always thin solace for the families involved. “No amount of money can compensate for the suffering that our client endured. Mesothelioma is a tragic disease and no legal victory can make up for that. However, it is important that we continue to fight these cases. Providing financial relief for our clients’ families is very important to us, as is holding responsible defendant corporations who negligently used carcinogens in their products for decades.” 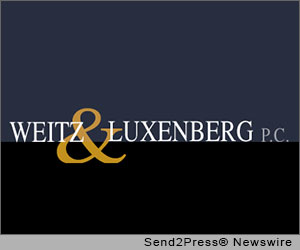 NEWS ARCHIVE NOTE: this archival news content, issued by the news source via Send2Press Newswire, was originally located in the Send2Press® 2004-2015 2.0 news platform and has been permanently converted/moved (and redirected) into our 3.0 platform. Also note the story “reads” counter (bottom of page) does not include any data prior to Oct. 30, 2016. This press release was originally published/issued: Fri, 01 Feb 2013 06:56:01 +0000

LEGAL NOTICE AND TERMS OF USE: The content of the above press release was provided by the “news source” Weitz and Luxenberg P.C. or authorized agency, who is solely responsible for its accuracy. Send2Press® is the originating wire service for this story and content is Copr. © Weitz and Luxenberg P.C. with newswire version Copr. © 2013 Send2Press (a service of Neotrope). All trademarks acknowledged. Information is believed accurate, as provided by news source or authorized agency, however is not guaranteed, and you assume all risk for use of any information found herein/hereupon.