"This is a tremendous honor and I'm excited to participate," said Bilsborrow. "The Leadership Academy will be a great opportunity for me to develop my strengths and emerge better equipped to advocate for our clients and our causes."

NEW YORK, N.Y., April 22, 2015 (SEND2PRESS NEWSWIRE) — Attorney James Bilsborrow, of Weitz & Luxenberg P.C., is one of a dozen lawyers from around the nation chosen to participate this year in an American Association for Justice (AAJ) training academy to develop promising new leaders of the legal profession, the law firm today announced.

Bilsborrow will attend the AAJ’s Leadership Academy between May and October – at sessions first in Dallas, then in Montreal, and finally in the District of Columbia, the law firm indicated.

“This is a tremendous honor and I’m excited to participate,” said Bilsborrow, an associate in Weitz & Luxenberg’s Environmental, Toxic Tort & Consumer Protection Unit.

“The Leadership Academy will be a great opportunity for me to develop my strengths and emerge better equipped to advocate for our clients and our causes,” he added.

The participants are invariably among the AAJ’s best and brightest members, the law firm notes.

Leadership Academy consists of three two-day workshops, each designed to cultivate in younger attorneys the qualities possessed by seasoned movers and shakers at the top tiers of the field of law, Weitz & Luxenberg said.

Among other topics, the workshops cover how to develop emotional intelligence, increase self-awareness, and adapt to the changing nature of leadership itself, according to the law firm.

Weitz & Luxenberg said that, in the first workshop, Bilsborrow and his colleagues will – among other things – explore how to be a truly powerful communicator as well as how to create compelling strategic visions that others can enthusiastically rally around.

In the second workshop, the emphasis will shift away from the individual to the team. Specifically, Bilsborrow and the others will work on honing their collaborative skills, the law firm said.

The final workshop will help the participants improve their prowess as influencers – an especially valuable skill for attorneys who go to bat for their clients in court, as Bilsborrow often does, Weitz & Luxenberg said.

Joined Weitz & Luxenberg in 2011:
Bilsborrow’s experience as an advocate for his clients is noteworthy, said the law firm, particularly his work as second-chair to Robin Greenwald representing plaintiffs against petroleum giant BP, the British corporation responsible for the devastating 2010 oil spill in the Gulf of Mexico.

Currently, Bilsborrow is representing innocent consumers against General Motors Corp., which is being sued for a dangerous ignition-switch defect that affected millions of automobiles, Weitz & Luxenberg said.

The law firm said Bilsborrow studied at William & Mary School of Law and distinguished himself by graduating second in his class.

In addition to belonging to the AAJ, Bilsborrow is a member of the American Bar Assn., New York Bar Assn., and the American Constitution Society, according to Weitz & Luxenberg. 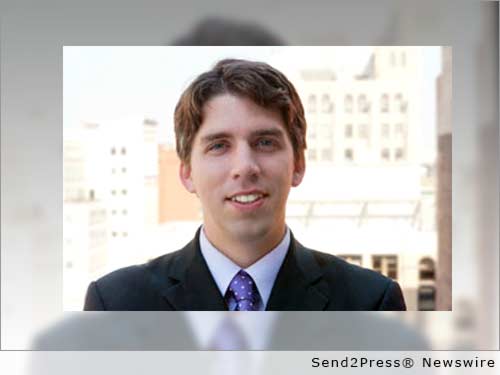 NEWS ARCHIVE NOTE: this archival news content, issued by the news source via Send2Press Newswire, was originally located in the Send2Press® 2004-2015 2.0 news platform and has been permanently converted/moved (and redirected) into our 3.0 platform. Also note the story “reads” counter (bottom of page) does not include any data prior to Oct. 30, 2016. This press release was originally published/issued: Wed, 22 Apr 2015 13:53:11 +0000

View More Awards and Honors News
"This is a tremendous honor and I'm excited to participate," said Bilsborrow. "The Leadership Academy will be a great opportunity for me to develop my strengths and emerge better equipped to advocate for our clients and our causes."