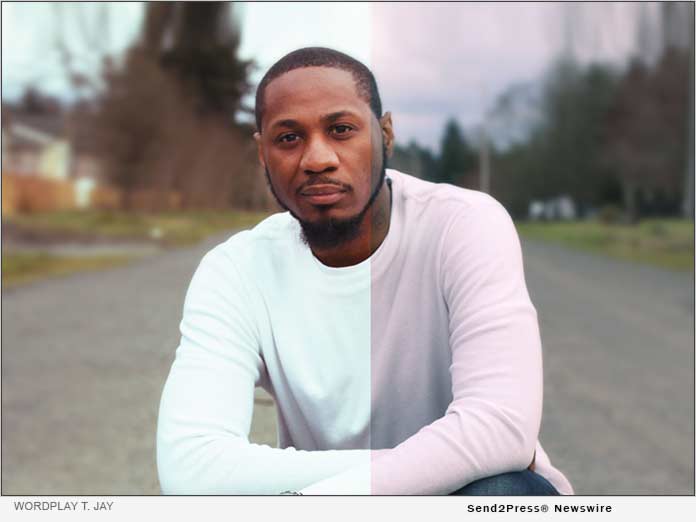 The album features 15 tracks that reflect the 30-year-old artist’s motivations — retirement, security, and finding people to with whom to share his life — and the work he puts in to achieve all those goals.

The album was inspired by his 2017 single, “Overtime.”

“I left the grocery store one day, and I started thinking about what my life at almost 30 years old,” T. Jay said. “I worked all of these hours and I was wondering if it was worth it. I came to the conclusion it was and started humming the words, ‘Overtime, overtime. All the time on my grind.’ That stuck with me, I drove home, and I made the beat. Myself and my intern, Garret Sanchez, worked on the music video and the rest is history.”

From then, T. Jay said Overtime has been a work-in-progress for the past two years, and at times, he has questioned whether or not to release a whole album.

“I’ve gone back and forth on whether I should release an album at all,” he said. “Singles have been the driving force behind music consumption for a while now. Even though people like albums, they really don’t engage with them anymore. They pick the songs they like from a project and move along with those. I didn’t move to complete this album until six months ago, and this may be my last one for a while.

“I want to concentrate on making great singles for two reasons — the fans’ consumption habits and to not bear the expense of releasing another album.”

Driving T. Jay is the motivation to complete tracks and get the feeling of satisfaction each time.

“It feels like I’ve just made something exist out of thin air,” he said. “The emotions evoked by the song makes me want to share it with others and hope they get the same feeling.”

“I focus a lot on the energy exchange between myself and the fans watching,” he said. “What I enjoy the most is when someone tells me that they are a new fan because of my performance overall.”

“I speak about all of these practices in my book, ‘Fake Blues: Creating in the Face of Anxiety.’ The goal is to overcome all of the anxieties we exacerbate with our thoughts and get back to making creative work. That practice has brought some extraordinary results my way. I’ve been able to invest more in my company due to revenue growth, my music sounds better, my soulmate is here with me now, and my ambitions are falling into place.”

Ultimately, T. Jay’s goals center around his company, On The Map Music Group, established in 2005.

“I want to create the largest independently owned media company in the world,” he said. “The main objective is to put other creative people ‘On The Map.’ I want to return ownership to those who make the art, and grow their earning capacity on their terms. I’m the test subject, and as I meet more creatives willing to make the leap, the business will grow.”

A teacher by trade and recently married, T. Jay has been working on his music career since high school, first hitting the scene with his single “The South,” which was voted “Hottest in the Rock” by Hot 96.5 in Little Rock, Ark.

Since 2013, he has released three albums in six years. He also operates a YouTube channel to give independent musicians tips for music promotion, publishing and distribution.

For more information about WordPlay T. Jay, including work from his previous albums and his singles, visit https://www.wordplaytjay.com/.

View More Music and Recording News
"I left the grocery store one day, and I started thinking about what my life at almost 30 years old," T. Jay said. "I worked all of these hours and I was wondering if it was worth it."

More from On The Map Music Group

ABOUT THE NEWS SOURCE:
On The Map Music Group

On The Map Music Group is a music and media company that focuses on building brands in the digital landscape. Since 2005 the company has delivered successful exposure to musicians & other creatives with strategic content delivery. Our goal is to assist millions to put themselves "On The Map" by sharing those with the same drive. The Founder, WordPlay T. Jay, created On The Map to give a place for creatives to realize their potential and dream. That vision began with just musicians and has expanded to all creatives.

RSS News Feed for On The Map Music Group

LEGAL NOTICE AND TERMS OF USE: The content of the above press release was provided by the “news source” On The Map Music Group or authorized agency, who is solely responsible for its accuracy. Send2Press® is the originating wire service for this story and content is Copr. © On The Map Music Group with newswire version Copr. © 2020 Send2Press (a service of Neotrope). All trademarks acknowledged. Information is believed accurate, as provided by news source or authorized agency, however is not guaranteed, and you assume all risk for use of any information found herein/hereupon.