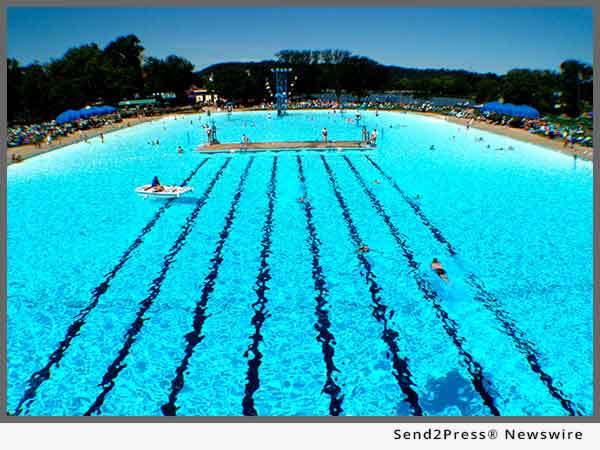 The unique Yuengling “Party IN the Pool” invites visitors to share the fun of the international fireworks’ competition from inside Coney’s legendary Sunlite Pool, the largest swimming pool in North America at 401-feet long by 200-feet wide, covering two acres and holding three million gallons of water!

The “world’s largest waterless pool party” begins at 4 p.m. The empty-pool area will give guests – who typically bring folding chairs and blankets to the event – a fantastic vantage point to view the international fireworks competition, blasting off at 8:30 p.m. over Coney Island’s beautiful Lake Como.

This year’s best-of-the-best firework teams are coming from Greece, the Philippines and South Africa. The teams will be representing their countries while going head-to-head against one another for international bragging rights.

A panel of judges and audience will vote on which team performs the best, evaluating such things as presentation, structure and scale, colors, originality and music synchronization.

Plus, following the international competition, event producer Rozzi Famous Fireworks of Cincinnati will fire up the night in a thundering finale that will shake the banks of the Ohio River. The event is presented by Dr. Pepper.

The Greek fireworks’ contingent is represented by Nanos Fireworks Greece, a company with a four-generation heritage of fireworks’ expertise. Representing the Philippines is Dragon Fireworks Inc., the first-ever licensed pyrotechnic manufacturer in the Philippines, and from Johannesburg, South Africa is Fireworks for Africa, started in 1996 and already the winner of numerous fireworks’ display awards.

In addition to the firework and the in-pool party, numerous fun activities highlight the event, including Coney Island’s two dozen classic amusement rides, live entertainment and a beer-tasting event in Moonlite Pavilion featuring an array of craft and international beers.

One of America’s celebrated heritage amusement parks, Cincinnati’s Coney Island, nestled along the banks of the Ohio River, is now in its remarkable 130th year of family entertainment. Coney Island is located at 6201 Kellogg Ave., exit 72 off I-275, 10 miles east of downtown Cincinnati. Learn More: http://www.coneyislandpark.com/.

Located in Cincinnati, Ohio, Coney Island is home to world-famous Sunlite Pool, thrilling waterslides, Classic Rides and great family attractions. The roots of this special place date back to 1867 when James Parker, an apple farmer, purchased a 400-tree, 20-acre apple orchard on the shores of the Ohio River, about ten miles east of downtown. Once given up for dead, a victim of its own success, Coney Island is alive again. While it is no longer the region’s largest amusement facility, it retains many of its beloved traditions-swimming at Sunlite Pool, dancing under the stars in Moonlite Gardens, picnicking and strolling along the Ohio River.

LEGAL NOTICE AND TERMS OF USE: The content of the above press release was provided by the “news source” Coney Island Amusement Park or authorized agency, who is solely responsible for its accuracy. Send2Press® is the originating wire service for this story and content is Copr. © Coney Island Amusement Park with newswire version Copr. © 2016 Send2Press (a service of Neotrope). All trademarks acknowledged. Information is believed accurate, as provided by news source or authorized agency, however is not guaranteed, and you assume all risk for use of any information found herein/hereupon.