It was actually retired-NBA superstar Michael Jordan who first introduced Shiffman to Starlight and its mission 23 years ago. Always passionate about helping children, Shiffman could not help but become involved and has remained active with Starlight ever since.

“I am grateful to the board members of Starlight for their support of me in the position of chairman and will do everything in my power to continue to earn their trust,” Shiffman said. “Starlight is a unique and wonderful charity run by the most dedicated employees and volunteers I have ever come across who touch the lives of millions of children and families in such positive ways. I see my role as doing everything possible to increase the visibility of Starlight and, in turn, generate more support for the organization so that we may continue to grow our services around the globe.”

Shiffman is the third board chairman in Starlight’s nearly 30-year history.

Prior to his new role, he had been a member of the organization’s board of directors for many years, including time as vice chairman.

“It is a great pleasure to work alongside someone like Shiffman,” said Starlight’s Global Chief Executive Officer Jacqueline Hart-Ibrahim. “His deep commitment to children is manifested daily through his corporate successes as well as his charitable heart. We know he will leverage both his skill and compassion to help Starlight better the quality of life for seriously ill children everywhere.”

“As a longtime Starlight supporter and trustee, I am beyond thrilled to see Roger take the helm,” said Koz. “A man with a bigger heart, I don’t know.”

“Shiffman is one of the kindest, generous, inspiring, and smartest people I have ever known. And I have known at least eight people,” said Saget. “Starlight is so fortunate to have him as its new global board chairman.”

A University of Illinois at Chicago (UIC) graduate, Shiffman resides in Highland Park, IL, with his wife, children and grandchild.

About Starlight Children’s Foundation:
When a child or teenager has a serious medical condition, everyone in the family is affected. For nearly 30 years, Starlight Children’s Foundation™ has been dedicated to helping seriously ill children and their families cope with their pain, fear and isolation through entertainment, education and family activities. Starlight’s programs have been proven to distract children from their pain, help them better understand and manage their illnesses, and connect families facing similar challenges so that no one feels alone. Through a network of chapters and offices, Starlight provides ongoing support to children, parents and siblings in all U.S. states and Canadian provinces with an array of outpatient, hospital-based and Web offerings. Programs are also delivered internationally through affiliates in Australia, Japan and the United Kingdom. 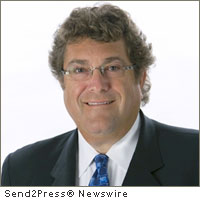 NEWS ARCHIVE NOTE: this archival news content, issued by the news source via Send2Press Newswire, was originally located in the Send2Press® 2004-2015 2.0 news platform and has been permanently converted/moved (and redirected) into our 3.0 platform. Also note the story “reads” counter (bottom of page) does not include any data prior to Oct. 30, 2016. This press release was originally published/issued: Thu, 18 Aug 2011 10:59:54 +0000