DENVER, Colo., Oct. 3, 2011 (SEND2PRESS NEWSWIRE) — Starlight Children’s Foundation has named Tammy Rudden Krause the new executive director of its Starlight Colorado chapter. Krause comes to her position with extensive experience in philanthropy, having worked many years as a volunteer with Denver-area nonprofits that include the Junior League of Denver, Children’s Hospital Colorado, CASA, Rise School, Seeds of Hope and the Morgan Adams Foundation.

“Starlight Colorado is thrilled to have Krause join us in our mission of providing a better quality of life to seriously ill children,” said Starlight Colorado Board President Becky Gutrich. “Her personal story is compelling and inspiring, and her professional experience is invaluable.”

“Starlight’s global family welcomes Krause with open arms,” said Starlight Global Chief Executive Officer Jacqueline Hart-Ibrahim. “Our Colorado chapter has big plans to bring illness education and therapeutic play to families across its state, and we know Krause can take them there.”

In 2004, Krause founded the Gabby Krause Foundation in memory of her daughter Gabby who wanted every child to have their own “Bag of Fun.” In seven years, Krause managed to grow the organization nationally and provide “Bags of Fun” to children with cancer and long-term medical conditions.

“Having been the parent of a child with a life-threatening illness, I am honored to be joining Starlight,” said Krause. “Starlight will allow me the opportunity to bring hope, smiles, experiences and amazing memories to families, in light of the very real struggles and fears they face every day.”

A native of Denver and proud mother of four, Krause volunteers with each of her children’s schools and enjoys all types of sports and sporting events. She graduated from Texas Christian University in 1992 with a bachelor’s degree in education.

About Starlight Children’s Foundation:
When a child or teenager has a serious medical condition, everyone in the family is affected. For nearly 30 years, Starlight Children’s Foundation™ has been dedicated to helping seriously ill children and their families cope with their pain, fear and isolation through entertainment, education and family activities. Starlight’s programs have been proven to distract children from their pain, help them better understand and manage their illnesses, and connect families facing similar challenges so that no one feels alone. 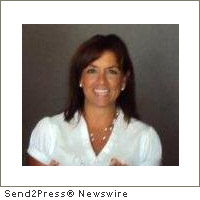 NEWS ARCHIVE NOTE: this archival news content, issued by the news source via Send2Press Newswire, was originally located in the Send2Press® 2004-2015 2.0 news platform and has been permanently converted/moved (and redirected) into our 3.0 platform. Also note the story “reads” counter (bottom of page) does not include any data prior to Oct. 30, 2016. This press release was originally published/issued: Mon, 03 Oct 2011 08:59:23 +0000