"It works," concluded Jeff Jucha. "Tatt2Away pulls out the ink and pigment and with the time between sessions for the skin to heal, you will be able to place the better work from the artist of your choice at 4 Aces."

FRANKLIN PARK, Ill., Feb. 16, 2016 (SEND2PRESS NEWSWIRE) — Rejuvatek Medical, Inc. officially announces that the Tatt2Away® (www.tatt2away.com) non-laser tattoo removal system is in the Franklin Park location of the greater metropolitan area of Chicago with 4 Aces Tattoo and Body Piercing’s founder Jeff Jucha. His second location has come on board to offer to all its clientele certified tattoo removal as the first Tatt2Away Center in the city. Bringing into their high quality of service and products, the all natural system.

4 Aces Tattoo has seen that tattoos have not only gotten more popular and widespread, but have seen more mistakes, the need for corrections and just plain ugly tattoos that are being done. Cover-ups are an important part of the tattoo business and if you can lift the ink or pigment out of the skin partially or altogether then that is what would be ideal.

That ideal is found in Tatt2Away’s non-laser, all natural system. Where you go in to where the ink is, no matter the color, and draw it out of the dermis.

“It works,” concluded Jeff. “Tatt2Away pulls out the ink and pigment and with the time between sessions for the skin to heal, you will be able to place the better work from the artist of your choice at 4 Aces.”

Rejuvatek Medical is placing around the nation Tatt2Away systems offering a limited exclusivity to those tattoo studios that see the opportunity first and act on it. For more information, go to http://studios.tatt2away.com or contact Rejuvatek Medical, Inc. at 855-252-2929 or submit a request form from the web site. 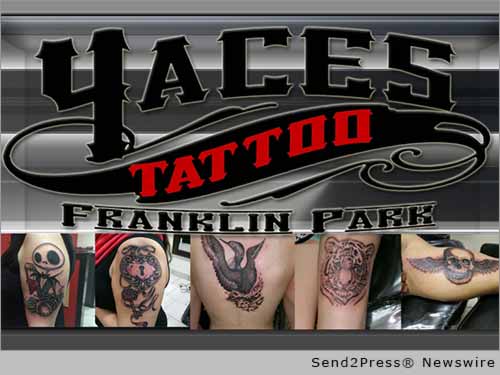 NEWS ARCHIVE NOTE: this archival news content, issued by the news source via Send2Press Newswire, was originally located in the Send2Press® 2004-2015 2.0 news platform and has been permanently converted/moved (and redirected) into our 3.0 platform. Also note the story “reads” counter (bottom of page) does not include any data prior to Oct. 30, 2016. This press release was originally published/issued: Tue, 16 Feb 2016 08:00:53 +0000

View More Beauty Cosmetics and Spa News
"It works," concluded Jeff Jucha. "Tatt2Away pulls out the ink and pigment and with the time between sessions for the skin to heal, you will be able to place the better work from the artist of your choice at 4 Aces."

LEGAL NOTICE AND TERMS OF USE: The content of the above press release was provided by the “news source” Rejuvatek Medical Inc or authorized agency, who is solely responsible for its accuracy. Send2Press® is the originating wire service for this story and content is Copr. © Rejuvatek Medical Inc with newswire version Copr. © 2016 Send2Press (a service of Neotrope). All trademarks acknowledged. Information is believed accurate, as provided by news source or authorized agency, however is not guaranteed, and you assume all risk for use of any information found herein/hereupon.