CARSON CITY, Nev., March 3, 2022 (SEND2PRESS NEWSWIRE) — What if we could resolve America’s bitter division with one simple fix, without anybody having to change their mind on the issues, or switch parties? Ready for pigs to sprout wings? The folks at Common Sense for Uniting America (CSUA) believe that the division in America is a direct result of our voting method, and they just filed a ballot initiative in Carson City to prove it. 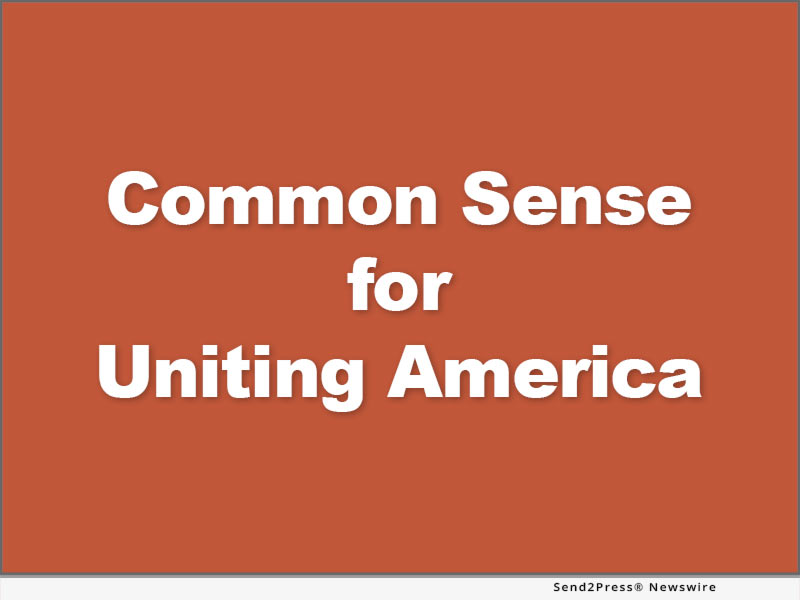 “WHO Americans vote for is far less important than HOW they vote,” said Founder of CSUA and retired Naval Commander and gaming systems specialist Ted Getschman. “When it comes to solving the gridlock in America, we’ve been looking in the wrong direction. You can’t blame the American people, or even the politicians. It’s not Mitch McConnell or Nancy Pelosi or even dark money. It’s just collateral damage. It’s the unintended byproduct of an antiquated voting system.”

Commander Getschman calls his new voting system MaxVoting, and it works a lot like the star rating system for products on Amazon. “When Americans go to the ballot box, we ask them who do you want to win? Red or blue? Right or left? That’s the wrong question,” Getschman says. “And it leaves almost half the country frustrated and suspicious of the results.”

In MaxVoting, voters are asked to express their opinion in a star rating that reflects on how much each candidate agrees with their stand on the issues. The candidate with the most stars at the end wins the election, because they will have agreed with most people the most. MaxVoting measures voter opinion on all of the candidates, rather than just voting once in a choice of two.

Common Sense for Uniting America believes that MaxVoting would make political division obsolete, because it’s a system that doesn’t begin by dividing the electorate. And candidates are not incentivized to enflame their bases, because majority opinion, the winning position, lies most often in the center.

“Replacing majority rule with majority opinion rule would incentivize candidates to move to the center, in order to align with America’s steadying heartbeat, rather than today’s volatile extremes,” Getschman said. “It would change everything practically overnight.”

Common Sense for Uniting America filed a ballot initiative on March 1 to institute MaxVoting in Nevada. It is a part of a larger state-by-state effort to update America’s voting process to reflect the demands of the 21st century. They need 150,000 Nevada voters to register on CommonSenseforUnitingAmerica.org to get the initiative on the ballot.

“We could heal political division in America, and nobody would have to change their minds about anything,” Getschman added. “In most states, we wouldn’t even have to reprint the ballot forms.”

View More Ballots Bills and Laws News
"WHO Americans vote for is far less important than HOW they vote," said Founder of CSUA and retired Naval Commander and gaming systems specialist Ted Getschman. "When it comes to solving the gridlock in America, we've been looking in the wrong direction."

ABOUT THE NEWS SOURCE:
Common Sense for Uniting America

Common Sense for Uniting America filed a ballot initiative on March 1 to institute MaxVoting in Nevada. It is a part of a larger state-by-state effort to update America's voting process to reflect the demands of the 21st century. Max voting unites us, min voting divides us. Max voting: voting methods in which all voters can give from 0 up to a set number of points to ALL candidates and ALL voter input is used to determine the winner. ex. approval voting, STAR voting, etc.

LEGAL NOTICE AND TERMS OF USE: The content of the above press release was provided by the “news source” Common Sense for Uniting America or authorized agency, who is solely responsible for its accuracy. Send2Press® is the originating wire service for this story and content is Copr. © Common Sense for Uniting America with newswire version Copr. © 2022 Send2Press (a service of Neotrope). All trademarks acknowledged. Information is believed accurate, as provided by news source or authorized agency, however is not guaranteed, and you assume all risk for use of any information found herein/hereupon.