"Breaking Away: Book One of the Rabylon Series" is available now on Kindle and in paperback, with its audio book version scheduled for release later this month.

Groshek, also known as fitness and fasting guru Low Carb Cory on YouTube and rapper Cory Crush, made headlines on June 25th, 2016 when the Journal Sentinel reported that he had earned over $230,000 through private settlements with more than 20 companies he’d accused of violating the law. In reaction to that report, which Groshek calls “a one-sided hit piece, probably paid for by Time Warner Cable,” many have labeled Groshek an “extortionist” and a “scumbag,” despite the fact that he’s never been charged with or convicted of extortion, while others have branded him a “hero,” a “one man [Federal Trade Commission],” and a “Robin Hood” of sorts who has taken from the rich (the companies he’s settled with) and given to the poor, in the form of his book which, coincidentally, happens to be about “escaping poverty and finding abundance.”

“A lot of people want to make me out to be the bad guy,” says Groshek, “but personally? I like to think of myself as more of an anti-hero—something like the Bruce Wayne of children’s book authors.”

When asked about some of his critics’ claims that he has used his settlement money simply to “enrich” himself, Groshek stands firm behind what he calls his “consumer rights work,” which he openly admits has funded his foray into the world of fiction.

“Sure, I could have used the money simply to ‘enrich myself,’ or ‘taken the money and run,’ as they say, but I didn’t,” he says. “Instead, I’ve used it to put out a children’s book, because my goal is and always has been to make this world a better place, not just for me, but for everyone – especially our children. And I believe my book does that.”

Groshek’s book, which has already earned multiple 5 star reviews on Amazon.com, follows two young bunnies, Remy and Rhea, as they attempt to escape from their impoverished village, Rabylon, and its tyrannical, dictator-like Mayor, en route to a mythical carrot paradise and what Groshek calls “a life worth dying for.” Along the way, they learn the value of dreaming big, taking risks, trusting their gut, and choosing faith over fear in everything they do – values that Groshek believes should be taught in school but, unfortunately, are not.

“Breaking Away: Book One of the Rabylon Series” is available now on Kindle and in paperback, with its audio book version scheduled for release later this month. 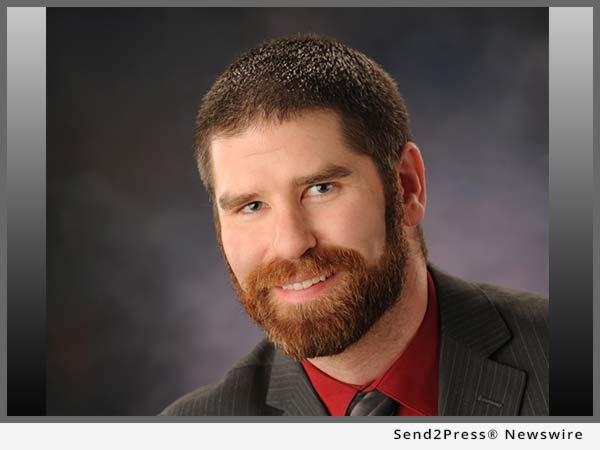 Groshek’s lawsuits versus Time Warner Cable and Great Lakes Higher Education (cases 0:16-cv-03711 and 0:16-cv-03355, respectively) are currently on appeal with the Seventh Circuit Court of Appeals, with oral argument scheduled for 2/22/2017. His lawsuit versus Alliance Hospitality Management (case 3:15-cv-00065, Wisconsin Western District Court) is currently stayed and pending a decision on a Motion to Dismiss filed by Alliance.

To learn more about Cory Groshek and his new book, visit http://www.ManifestationMachine.com/.

View More Books and Publishing News
"Sure, I could have used the money simply to 'enrich myself,' or 'taken the money and run,' as they say, but I didn't," he says. "Instead, I've used it to put out a children's book, because my goal is and always has been to make this world a better place, not just for me, but for everyone - especially our children. And I believe my book does that."

ABOUT THE NEWS SOURCE:
Manifestation Machine

Manifestation Machine is a global personal growth and development brand and a worldwide community of like-minded, success-oriented individuals willing to do whatever it takes to achieve their dreams and create a life worth dying for. Founder/CEO Cory Groshek is an author/blogger, investor, musician/entertainer, consumer rights advocate, and metaphysician. He is also known in the music industry as Cory Crush and considered an expert on intermittent fasting in the YouTube fitness community as Low Carb Cory.

LEGAL NOTICE AND TERMS OF USE: The content of the above press release was provided by the “news source” Manifestation Machine or authorized agency, who is solely responsible for its accuracy. Send2Press® is the originating wire service for this story and content is Copr. © Manifestation Machine with newswire version Copr. © 2017 Send2Press (a service of Neotrope). All trademarks acknowledged. Information is believed accurate, as provided by news source or authorized agency, however is not guaranteed, and you assume all risk for use of any information found herein/hereupon.