A Shift in Philly Suburbs Real Estate: Independent Brokerages on the Rise Over Franchises

Springer Realty Group is a rapidly growing independent brokerage in Chester, Delaware, Montgomery and Berks Counties – one of their top agents, Don Dowd, discusses why he made the switch from franchise to independent

EXTON, Pa., Sept. 8, 2017 (SEND2PRESS NEWSWIRE) — Springer Realty Group is an up-and-coming independent brokerage that serves clients throughout Pennsylvania. This year alone, they have grown by nearly 50-percent, and they recently opened their fourth office in Blue Bell. Top Chester County PA Realtor Don Dowd is one of the agents that has joined SRG during the past year. 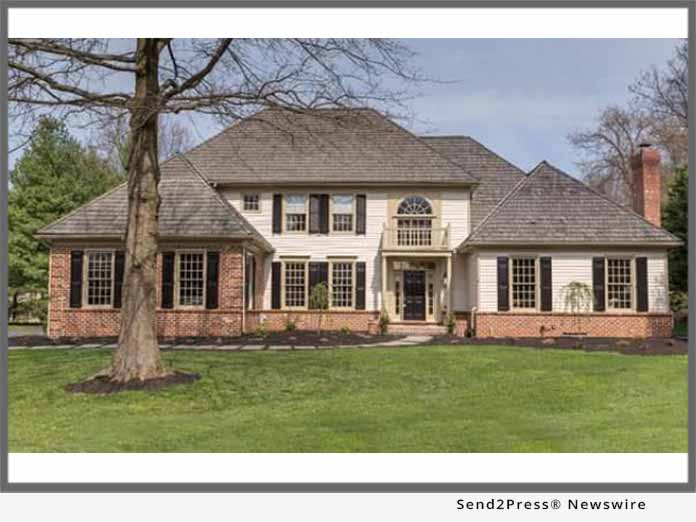 Dowd had been a RE/MAX agent for several years, and had consistently ranked in the top 5 out of over 3,400 agents in the Pennsylvania and Delaware regions. When he left RE/MAX at the end of 2016, he was third in sales overall. With this type of success, many in the business wondered why he would leave an established franchise brand for an independent.

“When I made the move to SRG, I was skeptical,” Dowd says. “But I interviewed many other independent agents before I made the switch, and I found that it didn’t have any impact at all on their business. At the end of the day, no matter what brokerage you’re with, your listings still go from the MLS to the Internet Data Exchange (IDX), meaning they will end up on all the major real estate websites, like Realtor.com, Trulia and Zillow, and hundreds of other sites where the buyers are searching.”

Dowd has consistently remained one of the top selling agents in the region because he employs “out of the box” marketing methods both online and offline. And he says the move from franchise to independent has freed up more money to invest in marketing, allowing him to better serve his clients.

“My move over to SRG has reduced my operating costs by two-thirds, saving me more than $10,000 per year,” Dowd continues. “This gives me more money to invest in marketing, which gives my clients greater exposure and helps ensure a more timely and successful transaction. Our industry is shifting increasingly from brick and mortar to online, and these days, buyers aren’t coming to your office unless it’s for a settlement. Back in the 70s and 80s, it might have made sense to have a large, expensive office on the corner of Main St and 1st Ave, but today, this is wasted overhead that should be redirected into your marketing budget.”

Dowd also likes the flexibility of the independent brokerage business model, which he says can work for all types of agents.

“SRG’s business model is perfect for the established agent who wants to pay only $295 per month and keep 100-percent of the commission earned. But it’s also perfect for the agent who is just starting out and can choose the option to pay no monthly fees, $595 per transaction, and keep 100-percent of the commission. Every 6 months, the agent has the option to switch plans based on their current business needs. This plan is better than opening your own brokerage, and it works well because of a large volume of agents.”

The rapid growth of Springer Realty Group is not an aberration. In late 2015, Inman reported a major shift from franchises toward independent brokerages within the real estate industry. In fact, the majority of real estate agents in the U.S. (roughly 55-percent) are now with independent brokerages. Two of the major reasons cited in the report were local control of branding, and technology that allows independents to develop unique and profitable business models that can quickly adapt to local market conditions.

“Our agents have the freedom to grow their businesses the way they want, and they are given the flexibility to adapt in real time to conditions on the ground,” says Dave Springer, owner of Springer Realty Group. “Our fees are also far lower than the national brands, which keeps our agents’ operating costs reasonable, allowing them to put more of their hard-earned dollars into marketing.”

With technology continually evolving and our society becoming increasingly digital, the trend toward independent brokerages looks like it is here to stay. And with more real estate agents embracing this model, companies like SRG are likely to experience exponential growth for the foreseeable future.

About Springer Realty Group:
Springer Realty Group is a locally-owned, non-franchise brokerage that was founded in 2009. SRG has experienced strong growth since its founding, and this year they have grown by nearly 50-percent. SRG runs a nimble and streamlined operation leveraging the most advanced technology and marketing methods to maintain a competitive edge within the marketplace. They have top area agents, an in-house design team, and social media experts who work synergistically to deliver optimal results for clients.

About Don Dowd Top Realtor Exton PA:
Don Dowd is a real estate agent for Springer Realty Group and member of the prestigious National Association of Realtors. Don has been in sales for almost his entire adult life and began his career in real estate at age 22. From 2010 through 2016, Don was consistently one of the top-ranked RE/MAX agents in the Philadelphia and Delaware areas. In 2017, he joined SRG and is currently on pace to well exceed his sales totals from any of the previous years.

View More Real Estate News
"My move over to SRG has reduced my operating costs by two-thirds, saving me more than $10,000 per year," says Don Dowd. "This gives me more money to invest in marketing...."

Springer Realty Group is a locally-owned, non-franchise brokerage that was founded in 2009. SRG has experienced strong growth since its founding, and this year they have grown by nearly 50-percent. SRG runs a nimble and streamlined operation leveraging the most advanced technology and marketing methods to maintain a competitive edge within the marketplace. They have top area agents, an in-house design team, and social media experts who work synergistically to deliver optimal results for clients.

LEGAL NOTICE AND TERMS OF USE: The content of the above press release was provided by the “news source” Springer Realty Group or authorized agency, who is solely responsible for its accuracy. Send2Press® is the originating wire service for this story and content is Copr. © Springer Realty Group with newswire version Copr. © 2017 Send2Press (a service of Neotrope). All trademarks acknowledged. Information is believed accurate, as provided by news source or authorized agency, however is not guaranteed, and you assume all risk for use of any information found herein/hereupon.