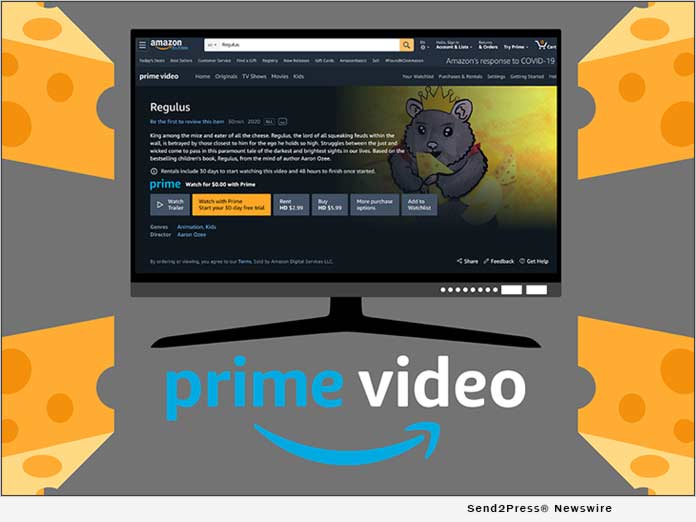 With news of the “Regulus” movie premiering before the scheduled release date, and the inclusion of the movie on Amazon Prime, an unprecedented grouping of legendary actors, musicians, comics, political leaders, authors, film makers, athletes, and motivational speakers have expressed support.

Some names such as Tony Hawk, Akon, Drake Bell, Sean Astin, Paula Deen, and the former Governor of Illinois, Rod Blagojevich, have captivated the public as being among those who love “Regulus.”

The event scheduled to celebrate the release of the “Regulus” movie in the suburbs of Chicago has been cancelled due to growing concerns around the COVID-19 outbreak. The event was set to be held at the Hollywood Palms Cinema in the Village of Naperville for July 25, 2020 but had to be shut down as the Centers for Disease Control and Prevention (CDC) introduced more restrictions.

“Every person has dreams. We find ourselves searching for the purpose that life has given us, but that purpose needs time before it can be understood,” said Ozee during this announcement. “Attending the premiere for a new movie has been among my favorite aspirations, but going one step further, the premiere for a movie created from my own hands. Just when you think life is giving you everything you ever wanted. Go back and think again. We never saw this pandemic coming, and even though celebrating the release of the ‘Regulus’ movie would have been an unforgettable experience, the movie was produced and is available on Amazon Prime. That is a celebration enough.”

Bizarros Studio, the production group responsible for acquiring the “Regulus” movie rights, issued the first summary report to Ozee showing the rentals and purchases made on the official website, and despite certain information being locked, Bizarros Studio confirmed sales have been soaring beneath the shadow of this unexpected health disaster. Based on the stop-motion animated films that have been released during 2020, according to predictions that Bizarros Studio has made, the “Regulus” movie is on the path to becoming one of the most popular stop-motion films of the year.

For those who cannot stream the “Regulus” movie on Amazon Prime, you can rent or purchase the film on Amazon without a Prime Membership. And, for those who do not have a profile through Amazon, just visit the official website for the Regulus movie at https://www.regulusmovie.com.

View More Movies and Filmmaking News
"Every person has dreams. We find ourselves searching for the purpose that life has given us, but that purpose needs time before it can be understood," said Ozee during this announcement.

LEGAL NOTICE AND TERMS OF USE: The content of the above press release was provided by the “news source” Aaron Ozee or authorized agency, who is solely responsible for its accuracy. Send2Press® is the originating wire service for this story and content is Copr. © Aaron Ozee with newswire version Copr. © 2020 Send2Press (a service of Neotrope). All trademarks acknowledged. Information is believed accurate, as provided by news source or authorized agency, however is not guaranteed, and you assume all risk for use of any information found herein/hereupon.