An Innovative Approach to Bringing Historical Roots to Contemporary Art

This Ancient Technique Dates Back to 2500 BC, and Has Inspired a New Direction in Contemporary Painting - A Point at Which History Converges with The Present

LOS ANGELES, Calif., Sept. 27, 2022 (SEND2PRESS NEWSWIRE) — Over the past four decades, Kaloust Guedel has worked in diverse styles and techniques, constantly searching for the “perfect” resonance, ever aware that his search is an endless one. His next experiment was to combine a painting he had painted with a sculpture he didn’t particularly like. 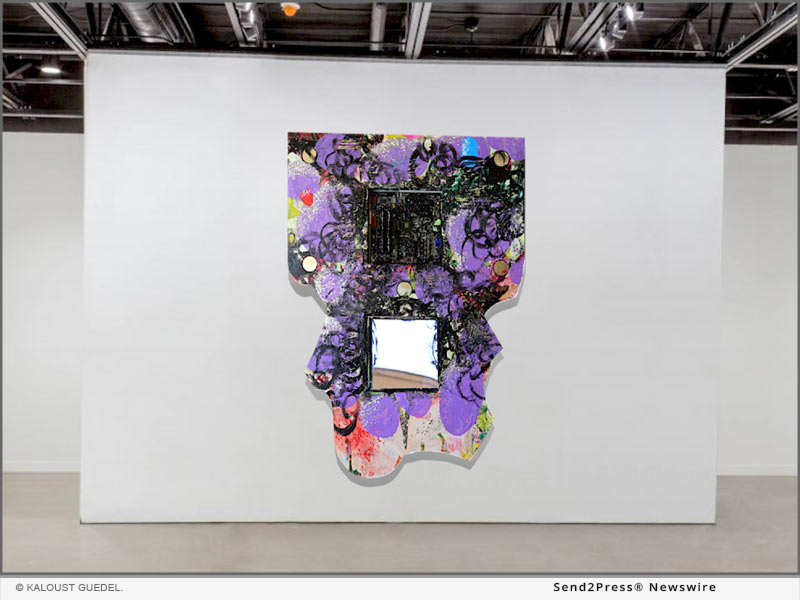 “I thought something was missing with it, but couldn’t put my finger on it,” he said. To see what would happen, he cut out the shape of the figure in hand and placed it inside the cut area, unaware that he had stumbled upon an old inlay technique.

Guedel’s rediscovery of inlay through art is a pioneering achievement in contemporary painting. Guedel calls the inlay work “an investigation of immersion in painting.”

The use of inlay is very widespread in decorative art. The earliest example of the inlay dates back to 2500 B.C., and it comes from Mesopotamia’s Sumer civilization. There are also examples from China dating back to 400 B.C. Sculptures of inlay work are found in various periods. It was later popularized in Europe by Andre-Charles Boulle (1642–1732).

Guedel’s prior work was based on the idea of excessivism. He was instrumental in bringing the movement to the masses. He curated the inaugural exhibition at a Los Angeles art gallery. As the movement’s popularity grew around the world, other artists, fashion designers, and musicians joined in, transforming it into a global art movement in line with globalization. Even Gallero magazine went so far as to call it, “… truly a millennial movement in all senses of the word.”

Guedel talks about his work with the utmost passion. “What interests me is the relationship between the elements that I find captivating for my curiosity at the moment of creation. I see my work as a body of records of ideas, thoughts, and feelings. The timeline can be traced by going back to my earlier works and determining my feelings and thoughts at the time of their creation,” he said.

He adds, “To me, art is a form of communication in which you express yourself about something; you do so from the depths of your spiritual being; a place where consciousness cannot fully penetrate. I suppose that is what makes art so mysterious and so individualistic.”

View More Fine Art and Artists News
Says Guede, "What interests me is the relationship between the elements that I find captivating for my curiosity at the moment of creation."

ABOUT THE NEWS SOURCE:
Kaloust Guedel

American artist Kaloust Guedel describes his work as the relationship between the elements that "I find captivating for my curiosity at the moment of creation. I see my work as a body of records of ideas, thoughts, and feelings." The timeline can be traced by going back to his earlier works and determining feelings and thoughts at the time of their creation.

LEGAL NOTICE AND TERMS OF USE: The content of the above press release was provided by the “news source” Kaloust Guedel or authorized agency, who is solely responsible for its accuracy. Send2Press® is the originating wire service for this story and content is Copr. © Kaloust Guedel with newswire version Copr. © 2022 Send2Press (a service of Neotrope). All trademarks acknowledged. Information is believed accurate, as provided by news source or authorized agency, however is not guaranteed, and you assume all risk for use of any information found herein/hereupon.