ACI, Illinois Community College Board and Illinois Board of Higher Education to collaborate, develop plan 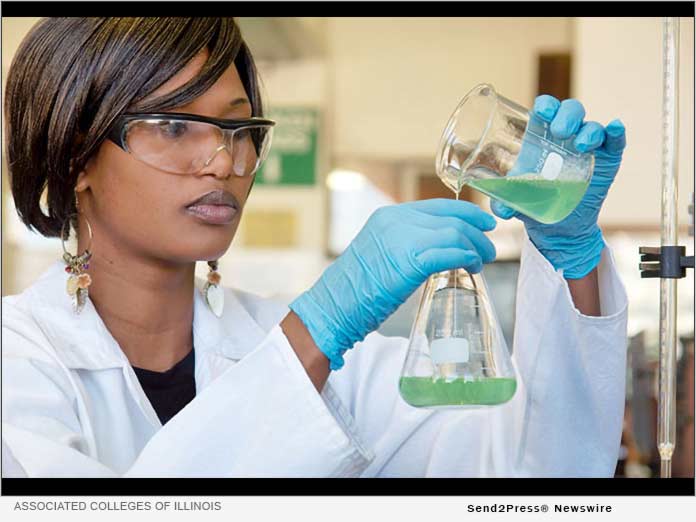 The Teagle Foundation (https://www.teaglefoundation.org/Home), New York City, and the Arthur Vining Davis Foundations (https://www.avdf.org/), Ponte Vedra Beach, Florida, awarded the planning grant, called “Transfer Pathways to the Liberal Arts.” Collaborative research and planning work is expected to begin July 1 and be completed at the end of the 2021 calendar year.

“We’re excited about the grant award and this initial phase to build enrollment and financial support for community college transfer students,” said Mick Weltman, ACI executive director. “We’re also pleased to collaborate with statewide team members such as ICCB and IBHE in this initial planning effort.”

The grant proposal quotes research that states that 65 percent of jobs in today’s economy require at least some postsecondary education, and yet, significant numbers of Illinois residents have no post-secondary degrees or credentials. Illinois established a goal of increasing the proportion of residents who hold high-quality degrees or credentials to 60 percent by 2025. In addition, more than 7 of 10 students who earned associate’s degrees, then transferred to four-year institutions, earned four-year degrees in two years, according to the National Student Clearinghouse.

To meet the terms of the planning grant, ACI, the ICCB and the IBHE will form the Illinois Project Leadership Team. Team members will conduct academic and financial research, aimed at improving academic transferability and development of a campaign and fundraising plan to assist community college transfer students and Illinois higher-education institutions, according to the grant proposal.

The academic component, led by a project investigator, will involve collaborative research to help the project leadership team determine “effective strategies that can streamline and strengthen existing pathways,” the grant proposal said. The team will also study a statewide community college transfer agreement among ACI-affiliated colleges and universities.

The financial research component will include resource development opportunities to fund community college students transferring to ACI-member institutions, and how best to obtain financial support.

A project investigator and ACI will use the research results to development a case for supporting more scholarships for community college transfer students and the expected effect on transfer degree-completion rates. The team will also develop a fundraising plan.

Associated Colleges of Illinois (ACI) is a collaboration of 26 private, independent colleges and universities, representing more than 70,000 students. Established in 1952, ACI supports member colleges and universities by advancing independent liberal arts and sciences education and helping underserved students succeed in college, careers and life. The organization raises funds for scholarships, peer mentoring and emergency financial aid, and it provides member services such as professional development conferences and college-to-career seminars and events.

LEGAL NOTICE AND TERMS OF USE: The content of the above press release was provided by the “news source” Associated Colleges of Illinois or authorized agency, who is solely responsible for its accuracy. Send2Press® is the originating wire service for this story and content is Copr. © Associated Colleges of Illinois with newswire version Copr. © 2021 Send2Press (a service of Neotrope). All trademarks acknowledged. Information is believed accurate, as provided by news source or authorized agency, however is not guaranteed, and you assume all risk for use of any information found herein/hereupon.