CHICAGO, Ill., April 5, 2022 (SEND2PRESS NEWSWIRE) — Associated Colleges of Illinois (ACI) will mark its 70th year of service to Illinois colleges and universities, and their students, in a special fundraising event in Chicago April 22. 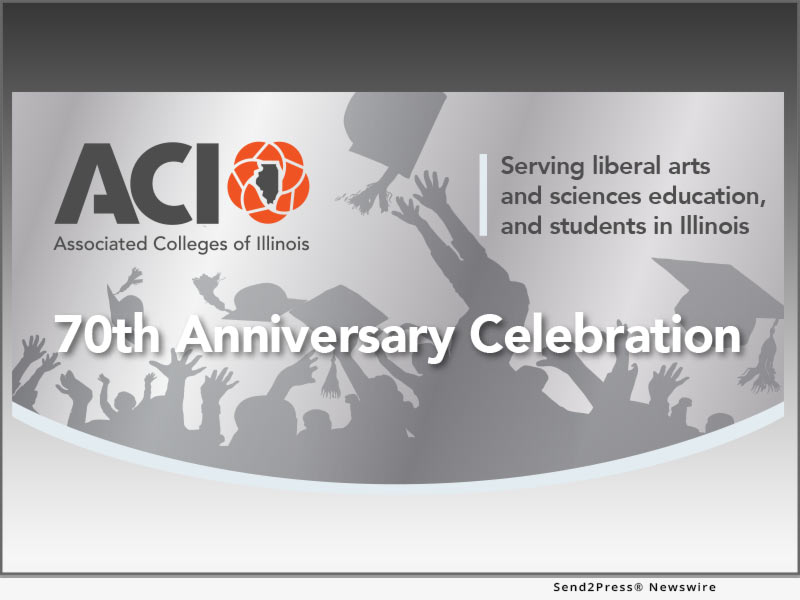 ACI’s 70th Anniversary Celebration (https://acifund.org/2022-celebration/), to be held at the University Club of Chicago, will bring together a variety of supporters in business and higher education, along with students from the organization’s 26 member colleges and universities (https://acifund.org/member-college-directory/). The purpose of the event is to celebrate ACI’s 70 years’ service to the state’s higher education system, focusing on the liberal arts and sciences, and to raise funds for scholarships and programs that support students attending member institutions. Many of the students ACI supports today are first-generation college students.

“In 1952, 22 Illinois private colleges formed ACI with the purpose of working with industry to ensure diversified funding which would help them remain independent,” said Mick Weltman, ACI executive director. “We’re proud to say that after 70 years, 11 charter-member colleges and universities are still with ACI, and the funding purpose still remains.” In its 70-year history, ACI has provided more than $70 million in scholarship support to member institutions, he added.

“Another purpose in forming ACI was that industry supporters would benefit from the flow of graduates from member schools entering the workforce,” Weltman said. “We have continued that purpose by working with schools and industry on multiple workforce development initiatives.”

Earlier in the day, presidents from member colleges and universities will attend the ACI Presidents Forum, where they will discuss current legal issues in higher education, plus workforce recruitment and retention, and related challenges. The ACI Board of Trustees will meet in the organization’s annual meeting, which includes presentation of the organization’s annual business plan, budget for the upcoming fiscal year and other business items.

A limited number of tickets for the 70th Anniversary Celebration are still available through the event webpage: https://acifund.org/2022-celebration/.

Associated Colleges of Illinois (ACI) is a collaboration of 26 private, independent colleges and universities, representing more than 70,000 students. Established in 1952, ACI supports member colleges and universities by advancing independent liberal arts and sciences education and helping underserved students succeed in college, careers and life. The organization raises funds for scholarships, peer mentoring and emergency financial aid, and it provides member services such as professional development conferences and college-to-career seminars and events.

LEGAL NOTICE AND TERMS OF USE: The content of the above press release was provided by the “news source” Associated Colleges of Illinois or authorized agency, who is solely responsible for its accuracy. Send2Press® is the originating wire service for this story and content is Copr. © Associated Colleges of Illinois with newswire version Copr. © 2022 Send2Press (a service of Neotrope). All trademarks acknowledged. Information is believed accurate, as provided by news source or authorized agency, however is not guaranteed, and you assume all risk for use of any information found herein/hereupon.