Beyond Baroque to Mark 50th Anniversary in 2018

VENICE, Calif., Dec. 13, 2016 (SEND2PRESS NEWSWIRE) — Beyond Baroque, one of the nation’s leading independent Literary Arts Centers, is planning a year-long celebration of its 50th anniversary in 2018. Guided by the nonprofit’s Executive Director, Richard Modiano, and council of prominent artist-curators, a program of activities commencing January 1, 2018, will take place at Beyond Baroque’s Venice location and in venues throughout Los Angeles. 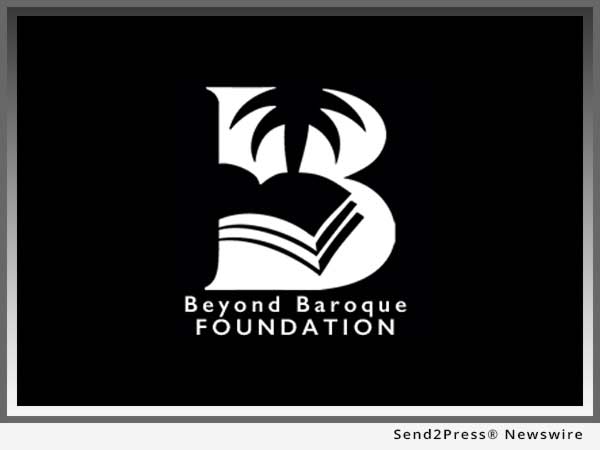 “Beyond Baroque has an incredible record of cultivating some of the most innovative and widely influential literature and art to come out of Los Angeles over the past 50 years,” said Modiano. “We aim to nurture the next 50 years of cutting-edge Los Angeles poetry, literature, and art.”

Special features of Beyond Baroque’s 50th Anniversary will include:

The Center’s busy calendar of events will showcase Beyond Baroque’s extensive roster of talent as well as exciting new voices drawn from Los Angeles’ diverse literary communities. The celebrations will be highlighted by Beyond Baroque’s 50th anniversary gala in November 2018, at which honors will be awarded recognizing the achievements of selected poets, writers and artists.

Beyond Baroque Literary Arts Center is one of the nation’s most successful and influential grassroots incubators of literary art. Founded in 1968, and housed in the original Venice City Hall building in Venice, California, it is a 501(c)(3) nonprofit public space dedicated to cultivating new writing and expanding the public’s knowledge of poetry, fiction, literature, and art through cultural events and community interaction.

The Center offers a diverse variety of literary and arts programming, including readings, workshops, art exhibits, and education. The Center also houses a bookstore with the largest collection of new poetry books on the west side of Los Angeles; the Mike Kelley Gallery, which specializes in text and language-focused visual art; and a 50,000 volume archive of small press and limited-edition publications that chronicles the history of poetry movements in Los Angeles and beyond.

Few literary spaces have done more to cultivate innovative art from cultural outsiders, or to shape emerging artistic movements. Across five decades Beyond Baroque has nurtured the Venice Beats, cradled the Los Angeles punk scene, and provided crucial support to a series of seminal experimental writers and artists that include Dennis Cooper, Kate Braverman, Mike Kelley, and Will Alexander.

Beyond Baroque’s mission is to encourage the writing, reading, publication, dissemination, and preservation of contemporary literature through programming, education, archiving, and services in literature and the arts.

View More NonProfit and Charities News
"Beyond Baroque has an incredible record of cultivating some of the most innovative and widely influential literature and art to come out of Los Angeles over the past 50 years," said Modiano. "We aim to nurture the next 50 years of cutting-edge Los Angeles poetry, literature, and art."

ABOUT THE NEWS SOURCE:
Beyond Baroque Literary Arts Center

Beyond Baroque Foundation (Beyond Baroque Literary Arts Center) is one of the United States' leading independent Literary | Arts Centers and public spaces dedicated to expanding the public's knowledge of poetry, literature and art through cultural events and community interaction. The Foundation is a 501(c)(3) charity.

LEGAL NOTICE AND TERMS OF USE: The content of the above press release was provided by the “news source” Beyond Baroque Literary Arts Center or authorized agency, who is solely responsible for its accuracy. Send2Press® is the originating wire service for this story and content is Copr. © Beyond Baroque Literary Arts Center with newswire version Copr. © 2016 Send2Press (a service of Neotrope). All trademarks acknowledged. Information is believed accurate, as provided by news source or authorized agency, however is not guaranteed, and you assume all risk for use of any information found herein/hereupon.