Send2Press › Wire › Advertising and Marketing › Broadway Barter to Offer FREE Ad in Hemispheres Magazine on All United Flights this August!

Broadway Barter to Offer FREE Ad in Hemispheres Magazine on All United Flights this August! 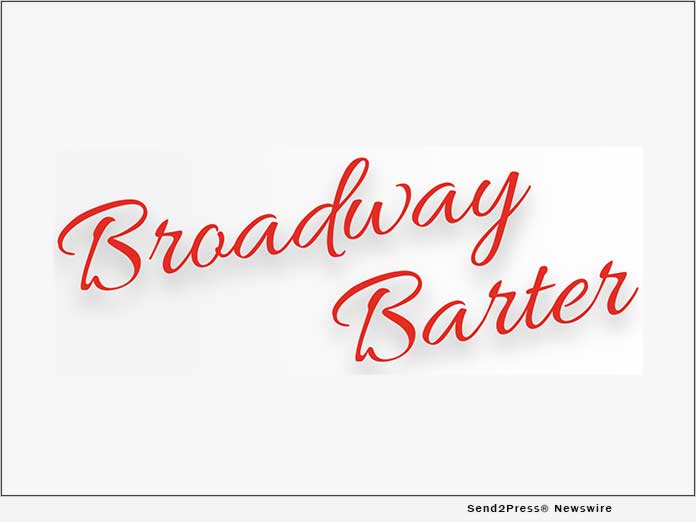 For example, Broadway show producers can participate and be seen within Hemispheres Magazine, which is on all United Airlines Flights and also seen on many ReachTV screens, which are in over 100 US airports, placed in highly conspicuous locations.

With the world slowly reopening, so is all of Broadway. Many theaters, shows, and producers are gearing up for their return this fall and Broadway Barter is ready to kick off the season with a bang!

Broadway Barter is extending an invaluable offer to any show opening in 2021; a free ad listing in August issue of United Airline’s inflight magazine Hemispheres!

Broadway Barter will also introduce its new 15 second video plug on our airport ReachTV screens at a variety of domestic airports for ALL participating shows in our summer Hemispheres issues in our “Win a Pair” promotion.

The “Win a Pair” sweepstakes provides everyone a chance to win a pair of tickets to the hottest shows on Broadway! Millions of air travelers can view the sweepstakes on airport TVs, specifically in NY at Kennedy, LaGuardia, and Newark, as well as some major feeder airports into New York like Miami, Fort Lauderdale, Orlando, and many more.

If you wish to participate and claim your free space, or get more information, call today at +1-844-922-3959. Please also go to the Broadway Barter website to learn more about what they can do for your re-opening and to view the safety and media kit.

“Wicked” – September 14 at the Gershwin Theatre.

“The Lion King” – September 14 at the Minskoff Theatre.

“Chicago” – September 14 at the Ambassador Theatre.

“Come From Away” – September 21 at the Schoenfeld Theatre.

“Tina” – October 8 at the Lunt-Fontanne Theatre.

“Girl From the North Country” – October 13 at the Belasco Theatre.

“Ain’t Too Proud” – October 16 at the Imperial Theatre.

“The Phantom of the Opera” – October 22 at the Majestic Theatre.

Formally Broadway Media, the largest distributor of bartered show tickets in the country, has spent over 25 years providing media value for the theater industry. Broadway Barter is now giving support for Broadway’s return after a year of darkness. Over 60 major shows had frequented the pages of inflight magazines; such as Continental, TWA, America West, Delta, Northwest, as well as United, now the premier inflight in the country. Broadway Barter is also donating 5% of its tickets in support of hospital workers and sending kids out to see a show for, potentially, their first time.

ABOUT THE NEWS SOURCE:
Broadway Barter

Formed in 1996, Broadway Barter has developed a successful formula of filling unsold theater seats for increased revenue to the producers and at the same time generating media exposure. A theater seat has no value once a show's over. 80-90% of an average show is sold. Broadway Barter turns that remaining 10-20% of unused seats into valuable advertising exposure.

LEGAL NOTICE AND TERMS OF USE: The content of the above press release was provided by the “news source” Broadway Barter or authorized agency, who is solely responsible for its accuracy. Send2Press® is the originating wire service for this story and content is Copr. © Broadway Barter with newswire version Copr. © 2021 Send2Press (a service of Neotrope). All trademarks acknowledged. Information is believed accurate, as provided by news source or authorized agency, however is not guaranteed, and you assume all risk for use of any information found herein/hereupon.