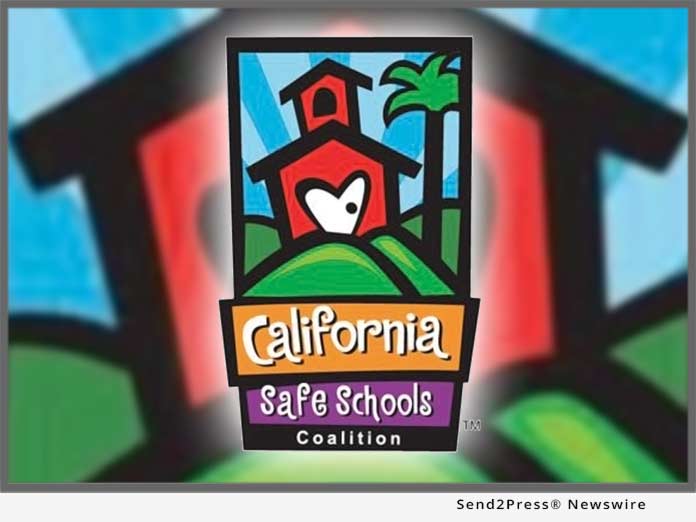 A school gardener in a hazardous materials suit, employed by LA Unified School District, unaware students were present, sprayed the herbicide creating a cloud of pesticide mist students were forced to walk through to reach their classrooms. Several parents who had dropped off their children at the school were alarmed to witness this event. Robina’s youngest son, Nicholas, whose asthma had been under control, experienced a severe asthma attack after the incident.

Robina and CSS sprang into action, contacting the school district, experts in the area, teachers and other parents – leading the effort to ensure incidents like this would not happen again. And, one year to the date Nicholas became ill, CSS and LAUSD enacted the most stringent pesticide policy in the nation for schools. The policy was the first in the United States to embrace the Precautionary Principle and Parents Right to Know regarding pesticides in schools.

The success of the policy led to California legislation, The Healthy Schools Act 2000, and AB 405 spearheaded by Suwol and CSS, which prevents experimental pesticides whose health effects are unknown from being used in all K-12 California schools. As a result, 6 million students, hundreds of thousands of teachers and school employees are protected.

For 23 years LA Unified has not used Roundup, or any herbicides, on the grounds of any schools in a district spanning 28 cities, 703 square miles and 1000 sites.

“While the pandemic has postponed celebrating in person, honoring our phenomenal 2021 Earth Day Champions cannot be delayed. We thank each of them for their enormous and selfless contributions. They make our world a much safer and better place,” said Robina Suwol, California Safe Schools, executive director.

Graham Allen is 13 years old and a 7th grade student at Pacific Beach Middle School in San Diego, CA. He is an avid surfer, pianist, and soccer player, and has a 4.5 GPA. He hopes to inspire others through his passion for surfing and environmental protection. With encouragement and support from his peers, Graham organized four beach cleanups in Pacific Beach, California. He worked with several non-profits in underserved communities to teach children how to surf, including students with special needs, to make the ocean a more comfortable place. Graham hopes that in the future, people will transform their passion into something that benefits others, and will help to create a safe and clean environment. In addition to receiving the 2021 Earth Day Hero Award, Graham served four times as Captain of Junior Lifeguards, received IB awards in Science and Physical Education, and was awarded a college scholarship from the Carson Scholarship Foundation. Graham is the son of Scott and Leah Allen.

Mark Abramowitz is entering his 41st year of air quality work in California. In his early days, Mark was tagged by the L.A. Weekly with the moniker “Mr. Clean Air”. Since then, Mark’s focus has been on tackling the seemingly insurmountable air quality problems in Los Angeles and globally. Mark has played leadership roles in a number of air quality and environmentally focused organizations. He currently works as a consultant to companies with innovative clean air technologies, and as a leader in the hydrogen and fuel cell industry in California, championing zero emission technologies.

Laurie Guillen is a lifelong resident of Paramount, California, and environmental health advocate for decades. She is a graduate of the Paramount Unified School District, Cerritos College and California State University, Fullerton. She has raised three children in her hometown – a doctor, a lawyer, and a deputy Sheriff. Laurie is the founder of the Paramount Community Coalition Against Toxics, and was elected to the Paramount City Council in 2017. In 1987, Laurie joined the Los Angeles Police Department and worked various assignments within the Department – patrol, narcotics, investigations, and administration. She retired in November of 2017. Laurie volunteers for Veterans Affairs at the VA Long Beach Healthcare System, is a philanthropist for Parkinson’s disease, and a team coach for individuals with Parkinson’s. She is currently a member of the Paramount Women’s Club, and in her spare time enjoys travel, creating art, hiking, and camping.

MiQui Marie Torres is a wife, mother of three, an environmental advocate for children’s health and a distinguished educator in Sacramento, California. Bilingual in Spanish and English, she often donates her time to serve as a translator for families in need. All of her family members, husband Mario, daughter Elena and sons Mariano and Martino have continuously served the community during the pandemic by providing others in need, especially senior citizens with produce from their abundant organic garden, and donate toys and clothing to foster children. She also contributes regularly to organizations serving the homeless, and adopts injured animals who would not have survived without her nurturing care.

Mitzi Shpak is a founding member and Executive Director of Action Now, an Environmental Health non-profit located in Southern California. Mitzi has served on the groundbreaking Los Angeles Unified School District Integrated Pest Management Team since 1999, and on the California Department of Pesticide Regulation School IPM Advisory Committee. Mitzi holds a Bachelor of Science in Biotechnology, and for twenty years has been a Research Associate II in the laboratory of Edward B. Lewis (1995 Nobel Laureate Medicine & Physiology, at Caltech), and previously worked at the Institute for Genetic Medicine, USC School of Medicine in melanoma research; Beckman Institute, City of Hope in breast cancer research; Human Genome Project at Caltech; and interned at the United States Environmental Protection Agency.

Adrienne Quarry is an international human rights lawyer based in Los Angeles, California. Over the years, she has worked on several cases in an effort to obtain redress and justice for victims of human rights abuses and environmental devastation in Columbia, Ecuador, Cote d’Ivoire, Nigeria, South Africa and Sudan. Adrienne continues to work closely with several organizations on the local level and continues her dedication to environmental advocacy as a member of the Los Angeles Unified Integrated Pest Management Team, which has embraced the Precautionary Principle and Right to Know to keep children and adults in Los Angeles public schools safe from exposure to toxic chemicals for over two decades. Adrienne holds a bachelor’s degree from Georgetown University in Government (International Relations) with a concentration in Justice and Peace Studies. She also holds a law degree from the University of Notre Dame where she served as Articles Editor for the Journal of Law, Ethics and Public Policy.

View More Education and Schools News
"While the pandemic has postponed celebrating in person, honoring our phenomenal 2021 Earth Day Champions cannot be delayed. We thank each of them for their enormous and selfless contributions. They make our world a much safer and better place," said Robina Suwol, California Safe Schools, executive director.

LEGAL NOTICE AND TERMS OF USE: The content of the above press release was provided by the “news source” California Safe Schools or authorized agency, who is solely responsible for its accuracy. Send2Press® is the originating wire service for this story and content is Copr. © California Safe Schools with newswire version Copr. © 2021 Send2Press (a service of Neotrope). All trademarks acknowledged. Information is believed accurate, as provided by news source or authorized agency, however is not guaranteed, and you assume all risk for use of any information found herein/hereupon.