CHICAGO, Ill., Sept. 18, 2018 (SEND2PRESS NEWSWIRE) — Riverpool Records and The PondHawks announce the release of their new single, “River Grove.” How many cities have their very own song? The town of River Grove, a suburb of Chicago near O’Hare Airport, now does thanks to The PondHawks. 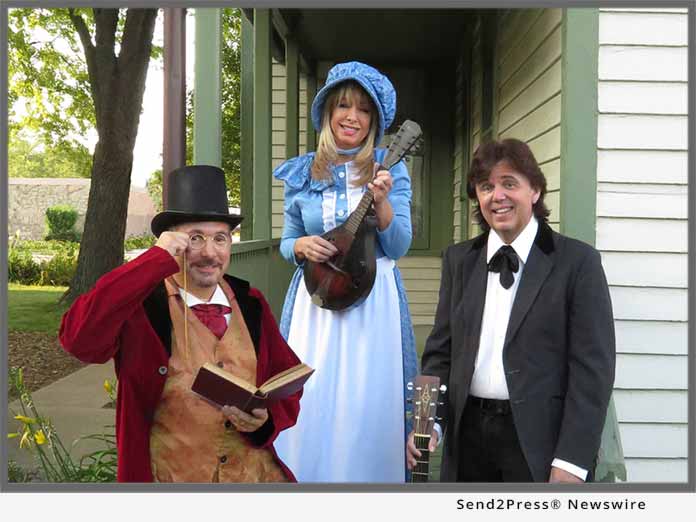 Mario Novelli, born and raised in River Grove, co-wrote the song with songwriting partner, Jorie Gracen. The two formed the very popular indie band in 2007, which has over 600,000 fans worldwide.

The band’s music is unique and refreshingly original. Novelli’s vocals and Gracen’s harmonies resonate with a blend that gives The PondHawks their signature sound. Gracen and Novelli are also poetic storytellers that can lyrically paint a picture tailored-made for the listener’s imagination.

One characteristic of The PondHawks’ music; no songs sound alike. Each has its own identity, but retains the inherent DNA of a PondHawks’ song. What makes this band standout is their musical versatility that embraces multi-genres.

Their latest song, “River Grove,” tells a story about the small pioneer town of 1888 that grew into the charming, bustling “village of friendly neighbors” that it is today. The once sparsely populated rural community, prospered from the railroad with an economic boost that helped it thrive.

“River Grove” takes you on a magical journey to a place where those who lived, will always call home. The song describes with poetic imagery, the beauty, the warmth, and the closeness of its people. We discover the rich history that molded the town’s glorious past into the modern day present. It is a place where dreams are possible and where life is well lived. Gracen and Novelli’s exquisitely crafted words create an idyllic, universal hometown scenario that the listener can easily identify with.

“River Grove” by The PondHawks, is now available as a digital single on:

ABOUT THE NEWS SOURCE:
The PondHawks

The PondHawks, are an original band from Chicago who are changing the style of Pop/Rock music. Catchy melodies are exhilaratingly fresh and Beatles-esque. The songs are delightfully infectious with playful lyricism that is exuberant and gutsy. The band's arsenal of music takes the listener on an eclectic journey into Indie Rock spirited by Classic Rock influences that transcend the boundaries of contemporary music. You could say The PondHawks have created a new music genre.

RSS News Feed for The PondHawks

LEGAL NOTICE AND TERMS OF USE: The content of the above press release was provided by the “news source” The PondHawks or authorized agency, who is solely responsible for its accuracy. Send2Press® is the originating wire service for this story and content is Copr. © The PondHawks with newswire version Copr. © 2018 Send2Press (a service of Neotrope). All trademarks acknowledged. Information is believed accurate, as provided by news source or authorized agency, however is not guaranteed, and you assume all risk for use of any information found herein/hereupon.