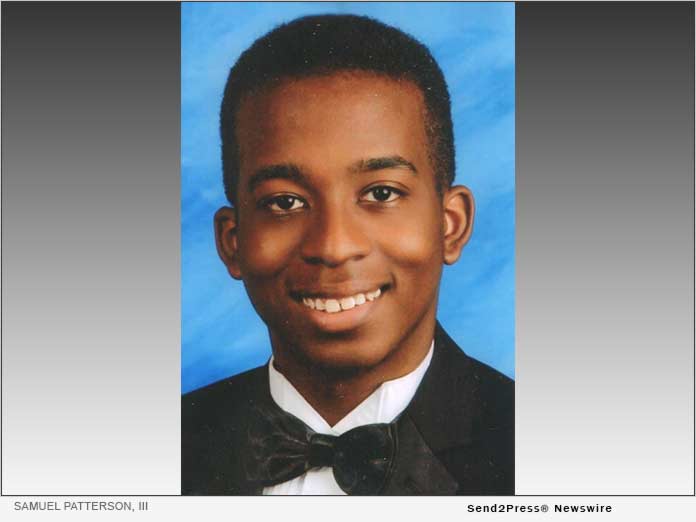 In 2017, as a participant in the Turner Chapel AME Church Cohort, the program’s founders and curriculum developers, Mychal and Nina Wynn, introduced Patterson to the Meyerhoff Scholars Program at the University of Maryland-Baltimore County (UMBC).

Patterson recounts, “I did not have a single friend, counselor, or teacher who was familiar with ‘UMBC,’ let alone the Meyerhoff Scholars Program.” The Wynns nominated Patterson to the program and introduced him to former Florence School District 3 (SC) Cohort student, Mikayla Hanna, an undergraduate at UMBC (Meyerhoff Scholar and 2015 Gates Millennium Scholar) with aspirations of pursuing a PhD in bioinformatics.

Wynn notes, “Our program focuses on assisting students in identifying the postsecondary pathways aligned with their ‘body of work.’ In this manner, we have students who begin college at technical or community college, in-state public universities, and at the country’s most selective private colleges and universities. The body of work for some students has resulted in their selection as Gates Millennium Scholars, Posse Foundation Scholars, Northeastern University Torch Scholars, Elon University Odyssey Scholars, NC A&T Dowdy Scholars, North Carolina Central Cheatham-White Scholars, QuestBridge Scholars, University of Richmond – Richmond Scholars, and in the case of Sam, a Meyerhoff Scholar and Rhodes Scholar.”

Patterson’s father, Kirk, an educator and consultant, comments, “My wife, Angela, and I will be forever grateful that the College Planning Cohort Program guided our son into a school, program, and scholarship that was not on his radar and on a pathway toward becoming a Rhodes Scholar.”

View More Education and Schools News
Patterson recounts, "I did not have a single friend, counselor, or teacher who was familiar with 'UMBC,' let alone the Meyerhoff Scholars Program."

ABOUT THE NEWS SOURCE:
Foundation for Ensuring Access and Equity

The Foundation for Access and Equity provides research, guidance, and programs for the purpose of widening the primary to postsecondary pathway to college for underserved and underrepresented students. Through partnerships with faith-based organizations, school districts, and community organizations such as the Turner Chapel AME Church in Marietta, Georgia, the Los Angeles County Office of Education, the Region VII Education Service Center in Kilgore, Texas, and juvenile detention centers and camps, we are inspiring students, enlightening parents, and assisting agencies and organizations in closing the well-researched “college knowledge gap.”

RSS News Feed for Foundation for Ensuring Access and Equity

LEGAL NOTICE AND TERMS OF USE: The content of the above press release was provided by the “news source” Foundation for Ensuring Access and Equity or authorized agency, who is solely responsible for its accuracy. Send2Press® is the originating wire service for this story and content is Copr. © Foundation for Ensuring Access and Equity with newswire version Copr. © 2020 Send2Press (a service of Neotrope). All trademarks acknowledged. Information is believed accurate, as provided by news source or authorized agency, however is not guaranteed, and you assume all risk for use of any information found herein/hereupon.