Send2Press › Wire › Advertising and Marketing › Completing the Circuit: From Autumn to Winter – partnership season has brought overflowing blessings for the holidays

Completing the Circuit: From Autumn to Winter – partnership season has brought overflowing blessings for the holidays

FLINT, Mich., March 2, 2022 (SEND2PRESS NEWSWIRE) — Jonathan McKay better known by his social audience as RoarJMcKay, founder of Keeping Tabs Media, dedicates this winter’s accomplishments to his grandmother through COVID-19 recovery and daughter Kali McKay as she celebrates her first birthday. Being a strong influence throughout childhood his grandmother instilled strong beliefs in literacy, mathematics, and fashion. As a highly skilled seamstress in Flint, Michigan Lucille McKay showed Jonathan his first sewing machines, patterns, and concepts.

Flint has Michigan’s highest poverty rate, with its East Side population having a 50% poverty rate, 39% higher than the national average. So McKay teamed up with local community members to unload multiple semi-trucks of food and drink for the school district’s families and neighboring areas servicing well over 100 homes in hours.

This marked the launch of the RoarJMcKay influencer clothing line. The start-up birthed a multi-page placement in MÉNCRUZE Magazine, based in Los Angeles, CA.

At the Bandy Dental state-of-the-art offices in Holly, MI, McKay opens up about the feelings of being back in the Flint-Metro Area, saying, “Grateful doesn’t even describe it, and blessed couldn’t even be the half. I want all the kids over on the East Side of Flint to know that anything is possible, and you can manifest your energy to achieve anything you believe!”

Since being diagnosed with cancer after the historic Flint Water Crisis in 2014, McKay has been prescribed cannabis from medical providers at the University of Michigan—Ann Arbor.

Additionally, McKay utilized his media platforms to promote STIIIZYs newest release, the White Raspberry OG Pod, released Dec. 3, offered in half and full gram cartridges. As a result, McKay has been presented with a 3-month extension on the arrangement, succeeding the initial 1-month deal.

RoarJMcKay views this as a blessed opportunity to make sure close friend, Brandon Scales’ legacy lives on through multimedia expression.  Vogue Magazine published Scales as a model in 2020. Friends and family often referred to Scales as “Steezy,” making the brand phonetics very personal for McKay

McKay began sporting the Fien Lives Matter clothing line, displaying the Black FLM hoodie and the Free Rio Varsity Jacket to events, on social media, and in the community of Flint.

The Free The Ghetto Campaign aims to highlight those making a positive difference in the community.

Jack Mudd has reached out to RoarJMcKay for a paid promotion campaign for Soundstripe Inc.

Mudd is currently the drummer for the Teen Choice Award-winning band, Emblem3 and has previously opened for major country artists like Kane Brown, Thomas Rhett, and Dierks Bentley, along with a world trending performance on the Today Show.

Soundstripe is a subscription-based royalty-free music library for video creators. If you publish videos online, you need a license to protect you from copyright strikes, takedowns, or worse. Traditionally, obtaining this type of license, known as a sync license, can be complex and expensive. Instead, Soundstripe offers access to thousands of label-quality songs for just $12.50/mth.

Every time you download music from Soundstripe, you get a license that legally protects your work forever — even if you cancel. There are no complicated contracts, no limitations on where you’re allowed to publish, straightforward licenses, and excellent music.

McKay concluded his Winter 2021 campaigns by partnering with Luma Pictures of Los Angeles, CA, and Flint’s Shop Floor Theater Company. On December 9, Flint’s Capitol Theatre housed the Signal Boost competition and concert in downtown Flint. The competition for emerging artists focused on expressing their vision of a better future through music and poetry.

McKay played a critical role in connecting the event with local businesses to spread awareness of the opportunity in Flint’s East Side. During this campaign, McKay directly partnered with community favorites such as but not limited to The Kearsley Corner, Vehicle City Social, and Luigi’s Pizzeria.

With awards totaling over $5,000 to the five finalists, Signal Boost announced at the competition it would equally match the donations to the five non-profit organizations that each finalist represented. 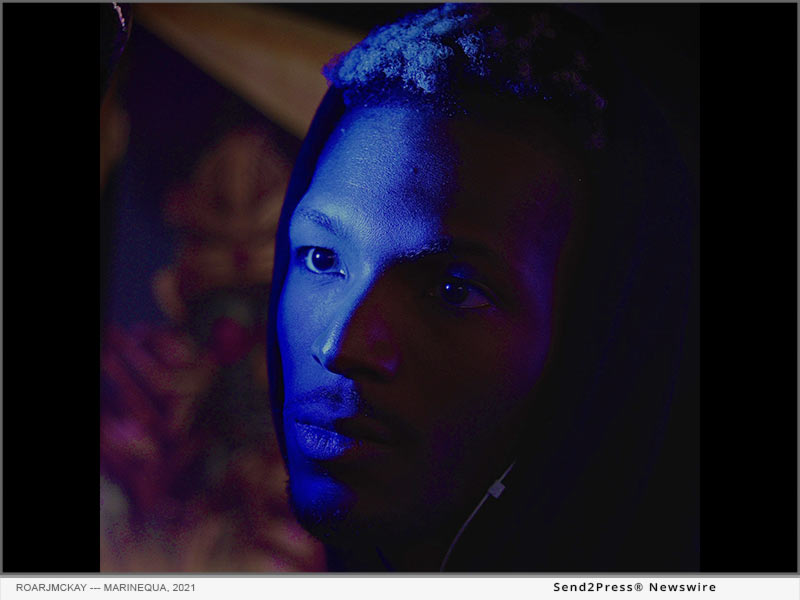 Keeping Tabs picks up steam going into Spring 2022, being offered the opportunity to participate in the InfluenceMe TV Qualification Competition.  The contest will raise awareness and funds for the JED Foundation.

Six episodes of the TV series will be filmed showcasing 20 influencers competing to create the best content through their story-telling and creativity on their social platforms.

The final episode will be filmed in a beautiful destination in Europe and the winner will claim their winning title along with a cash prize of $100,000.

The Sound Gallery will be offering a platform for RoarJMcKay at The South by Southwest (SXSW) Film and Music Festival (Mar. 17-20).

Artist’s interviews and biography placements will be posted on Hip Hop Since 1987, This is 50, and A Day in LA following the event.

Flint Side Newspaper will also be releasing an article from a interview held by Xzavier V. Simon this month.

FOR BOOKINGS AND DETAILS

Beginning Spring 2022, McKay will be accepting bookings and brand partnerships.

For brand partnerships and all inquiries involving influencer marketing, entertainment, or collaborations with other artists: ROARJMCKAY@gmail.com

Keeping Tabs is a multi-media PR development company dedicated to social issues such as multi-cultural influence, the United States prescription crisis and the importance of mental health. Jonathan McKay, better known by his social influencer tag RoarJMcKay is a psychedelic multimedia content creator hailing from Flint, MI. Harnessing the influence of psychedelia, McKay has begun to apply concepts of geometric structure and interconnectedness visually in abstract ways. After surviving the disastrous "Flint Water Crisis" and fighting a brave battle with Cancer in his saliva glands, Jonathon had a new vision for life. That new vision was "Keeping Tabs."

LEGAL NOTICE AND TERMS OF USE: The content of the above press release was provided by the “news source” Keeping Tabs Media or authorized agency, who is solely responsible for its accuracy. Send2Press® is the originating wire service for this story and content is Copr. © Keeping Tabs Media with newswire version Copr. © 2022 Send2Press (a service of Neotrope). All trademarks acknowledged. Information is believed accurate, as provided by news source or authorized agency, however is not guaranteed, and you assume all risk for use of any information found herein/hereupon.