SAN DIEGO, Calif., March 4, 2015 (SEND2PRESS NEWSWIRE) — Consumer Advocates for RCFE Reform (CARR) announced today that Assemblymember Cheryl R. Brown (D – San Bernardino) introduced the “Excluded Persons Administrative Action List,” or “EPAAL” legislation on Friday 27 February 2015. AB 1122 as it is now known, will require the Department of Social Services, Community Care Licensing (DSS/CCL) to publish on its website a list of all persons who have been excluded from owning, operating and/or working inside any licensed care facility as a result of an Administrative Law proceeding.

AB 1122 will provide convenient online access to the EPAAL, allowing assisted living residents, consumers and service providers to assure the caregivers and staff they hire have no prior history of behaviors which endangered the health or safety of an elder.

There is no mandatory requirement for DSS/CCL to refer elder neglect, abuse or other egregious behaviors perpetrated against elders residing in assisted living facilities to outside law enforcement, therefore few crimes perpetrated against elders in licensed care facilities are ever prosecuted. Instead, through Administrative Law proceedings DSS/CCL can permanently or temporarily prohibit a person from working in a licensed care facility. But because the individual was never brought to justice through the criminal court system, the administrative sanction does not appear in a criminal background report.

Assemblymember Cheryl R. Brown representing California’s 47th Assembly District, is Chair of the Assembly Committee on Aging and Long-Term Care, and senior care issues are among her highest priorities. She was recently honored with The Capitol Caregiver Award by AARP.

By introducing CARR’s EPAAL bill, Brown continues her demonstrated commitment to families of vulnerable elders: EPAAL will allow families to check the list before hiring a caregiver or other care provider, to assure the caregiver is not an Excluded Person, and has not been banned by Department of Social Services from working in a licensed care facility. 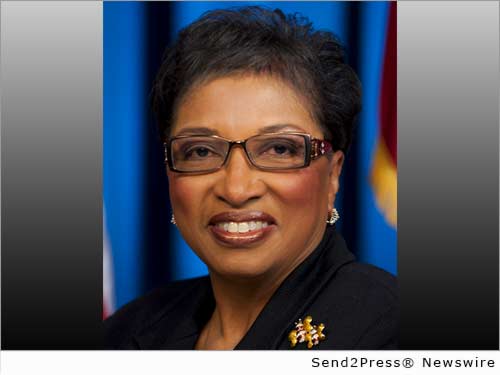 NEWS ARCHIVE NOTE: this archival news content, issued by the news source via Send2Press Newswire, was originally located in the Send2Press® 2004-2015 2.0 news platform and has been permanently converted/moved (and redirected) into our 3.0 platform. Also note the story “reads” counter (bottom of page) does not include any data prior to Oct. 30, 2016. This press release was originally published/issued: Wed, 04 Mar 2015 18:31:16 +0000

LEGAL NOTICE AND TERMS OF USE: The content of the above press release was provided by the “news source” Consumer Advocates for RCFE Reform or authorized agency, who is solely responsible for its accuracy. Send2Press® is the originating wire service for this story and content is Copr. © Consumer Advocates for RCFE Reform with newswire version Copr. © 2015 Send2Press (a service of Neotrope). All trademarks acknowledged. Information is believed accurate, as provided by news source or authorized agency, however is not guaranteed, and you assume all risk for use of any information found herein/hereupon.