NEWARK, N.J., June 20, 2019 (SEND2PRESS NEWSWIRE) — Ask world-renowned choir director Reverend Stefanie Minatee what the core revelation of her New Jersey community choir Jubilation’s 20th Anniversary Celebration is, and she will tell you in a single word: GOD. Through the guarantee of life’s trials and tribulations, it’s nothing but GOD that gets you to the finish line of Jubilation.

Minatee, affectionately and respectfully nicknamed “Rev. Stef,” knows this from the personal experience of her current process of rehabilitation from a debilitating stroke she suffered in April 2015. She knows this from the lives of the revolving door of members of her choir Jubilation. And she knows this from the testimonies of the millions that have been touched by Jubilation’s music. “It’s All About You” states Jubilation’s brand-new single. And it is His Majesty that will propel the 20th anniversary musical celebration taking place on June 22 @ 2PM with honorary chairs living legend Dionne Warwick and actress/rapper/singer Queen Latifah. 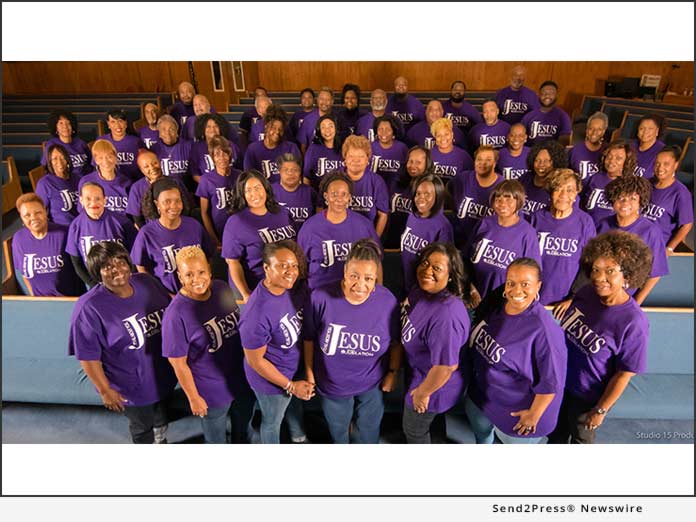 In its blessed 20 years of existence, Jubilation has traveled the world bringing joy and hope to the people. And in its gala concert, they will be paying homage to the memory to the fallen and of one of its original members: Ms. Rita Owens, mother of Dana Owens (a.k.a. “Queen Latifah”). “Rita was with Jubilation when we sang behind Dana at the 2010 Super Bowl and when Dana sang my arrangement of ‘The Star-Spangled Banner’ at the U.S. Open,” Minatee shares. “Rita and I were close personal friends…beyond the choir. She visited me many times in my home, in the hospital and during rehab sessions after my stroke. I am the Godmother of Rita’s daughters Dana and Raven – promised I would take care of her girls when she left here. I have tremendous love and respect for her. At our concert, I am having Kim Armstrong sing ‘Bridge Over Troubled Water’ in tribute to my friend, Rita Owens.”

“I am proud to have the pleasure of getting to know Stefanie and the members of Jubilation and moreover having the pleasure of working with them. They are the BEST!” said Ms. Dionne Warwick.

Dionne Warwick has long been a supporter of Rev. Stef’s hometown New Jersey choir, Jubilation. The superstar features Jubilation singing two songs on her spring-slated 36th album, SHE’S BACK – the singer’s first ‘Soul Music’ album in 50 years. They join Dionne on a new version of the Ashford & Simpson-penned “We Need to Go Back” and a remake of Dionne’s Bacharach & David-penned anthem “What the World Needs Now is Love” – both for which Minatee arranged the choral parts. “I always told Dionne that she needed to rerecord that song because of what’s going on in the world today,” Minatee states with pride.

**ADVISORY**
Ms. Warwick and Queen Latifah are not scheduled to perform.

View More Music and Recording News
"I am proud to have the pleasure of getting to know Stefanie and the members of Jubilation and moreover having the pleasure of working with them. They are the BEST!" said Ms. Dionne Warwick

ABOUT THE NEWS SOURCE:
JUBILATION

The group of people that make up the powerhouse choir, Jubilation, are a force in the industry. Established in 1998 through the New Jersey Performing Arts Center (NJPAC), the choir made its debut at the NJPAC’s second-annual Martin Luther King, Jr. Celebration featuring the legendary gospel minister and singer, Shirley Caesar. Under the leadership and tutelage of Rev. Dr. Stefanie Minatee, Jubilation has released six albums, earned a Grammy award, and holds the distinction as the last choir to perform with music giant Ray Charles.

LEGAL NOTICE AND TERMS OF USE: The content of the above press release was provided by the “news source” JUBILATION or authorized agency, who is solely responsible for its accuracy. Send2Press® is the originating wire service for this story and content is Copr. © JUBILATION with newswire version Copr. © 2019 Send2Press (a service of Neotrope). All trademarks acknowledged. Information is believed accurate, as provided by news source or authorized agency, however is not guaranteed, and you assume all risk for use of any information found herein/hereupon.