EaseUS Conducts a Survey for Data and Information Security

NEW YORK, N.Y., Dec. 28, 2015 (SEND2PRESS NEWSWIRE) — Recent reports have revealed that data or information security is a higher risk at the end of every year. EaseUS, an international leader in data backup and recovery utilities, has conducted an in-depth survey on data security for a healthy IT environment and made effective precaution suggestions to avoid information frauds and privacy leaks.

According to the long-term inquiry, it has disclosed that 82 percent have struggled with data security challenges for various reasons such as due to pranks, virus attacks, hacking, malicious spyware or malware, and important information and privacy disclosures. The most obvious occurrence is the sophisticated email scam due to important personal information leaking. On the basis of feedback, even some EaseUS users claimed that they also were spared a narrow escape from email fraud attempts. The recent investigation shows that criminals have gathered user email information in illegal manner or from unlawful avenues including irregular proxy servers, and then sent scam emails to users by the name of EaseUS or Apple App Store with a mimic of MyCommerce payment platform for a purchase request of cheap product copy. Many receivers of the trick are a little bit sloppy without verification of all the details and falls into the scammer’s trap.

“Once I received an email for a payment of EaseUS Todo Backup Workstation sent by App Store. I’m not aware of the false branding information and unsuspectingly click on the given link to download the product. Later I realized that this email was perhaps a scam when automatic payment was completed which sent to my mailbox. I received no confirmation message or any other email after I downloaded the unreal application on my PC,” an EaseUS customer named Micheal reported.

In such cases, it’s an evident unauthorized activity; namely a fraud based on distinct signs in the email content. Hackers often send emails from fake Web sites that mimic reputable brands by adding or changing a few characters in the email address. Based on the information users offered, EaseUS Software, privacy-ready security tech, has detected a forged IP address which can viciously capture numerous information and alerted users of potential risks.

Information security and privacy are of paramount importance in today’s information explosion world. EaseUS routinely shares useful advice for the public to take a multi-pronged approach to data or information security. The most effective way to guard against vulnerable data leak or loss is to reinforce the analyzing capacity and discretion; for example, careful analysis of email fraud which contains some common features such as fake email addresses, URLs, unbranded copy, typo, malicious attachments, emotional and uncharacteristic messaging.

Next, adequately monitor for unauthorized activity so that it becomes the usual practice for problem-tracking. Security products are maturing as vendors address how to better mesh security measures with user-friendly functionality. Also configuring proxy properly is to simply record system information instead of user login information as data privacy standards. What’s more, the most effective way is appealing to laws for help. Legal team’s opinion regarding user privacy rights can also help maintain a high level of security.

Find out more about EaseUS privacy policies at: http://www.easeus.com/privacy.htm.

About EaseUS Software:
EaseUS provides professional IT solutions for home, education and SMB users, service providers in data recovery, backup, system optimization and partition manager on both Windows and Mac platforms. Founded in 2004, EaseUS has established itself as a fast-growing international company with over 100 million wonderful users in the world. 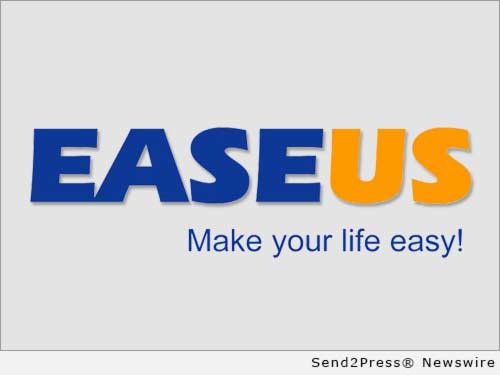 NEWS ARCHIVE NOTE: this archival news content, issued by the news source via Send2Press Newswire, was originally located in the Send2Press® 2004-2015 2.0 news platform and has been permanently converted/moved (and redirected) into our 3.0 platform. Also note the story “reads” counter (bottom of page) does not include any data prior to Oct. 30, 2016. This press release was originally published/issued: Mon, 28 Dec 2015 08:00:18 +0000