NEW YORK, N.Y., Jan. 8, 2016 (SEND2PRESS NEWSWIRE) — Based on feedback from Windows 10 users, quite a few issues successively have sprung since the past December launch of Insider Preview Build 11082. Users of EaseUS utilities reflect that data backup and recovery tools prove to be effective in resolving much complex update problems caused by RedStone 11082.

It’s no doubt that Microsoft Windows 10, marked as a mile stone in Windows development, is a breakthrough update, and keeps getting better by delivering new updates straight after the official release. But there are no major changes or new features in this 11082 build. Even information coming from Microsoft representatives imply that most of the remaining showstopper problems have more to do with the uncertainties around patching and update policies or maybe procedures, and less with the bits.

The Windows Feedback page about issues with this build includes a mere three notes. Language packages and features on demand fail to install. Furthermore, when copying, deleting, or moving files there is no progress dialog shown. At last, applying defaults for some applications will be reset. However, problems mentioned by Windows 10 users are far more than these.

Plenty of users claim that Build 11082 fails to install, which is probably the most commonly encountered issue. Windows 10 users, who complain that the specific update stops at a certain percentage when trying to download and install with the only option to restore previous build, appeal to EaseUS Data Recovery Wizard and Todo Backup software for help in a hurry to restore lost data caused by the installing outage or downgrade to the previous system.

EaseUS IT professionals further suggest that backing up all files and system before jumping into any updates is sensible for a decreasing possibility of data loss or crash disasters. Some report it seems that the new build is messing with music, video and graphics files. EaseUS Data Recovery Wizard settles down such troublesome file loss even when there is a bootable problem on PCs. Scheduled backup plans by Todo Backup software is a foresight measure for emergency or unknown risks and play a vital role in the later restoring.

To a large extent, EaseUS data recovery and backup software, fully compatible with Windows 10, helps the update to install smoothly in a safe manner. Despite that Windows 10 update has issues with driver, fingerprint reader and Flash player are gradually surfacing, Windows 10 Insider Preview Build 11082 is after all not the final update version. No matter how far along the process is, it’s believed that all these issues can be fixed in the upcoming build as promised. In the current phase, new things must be tested by time. 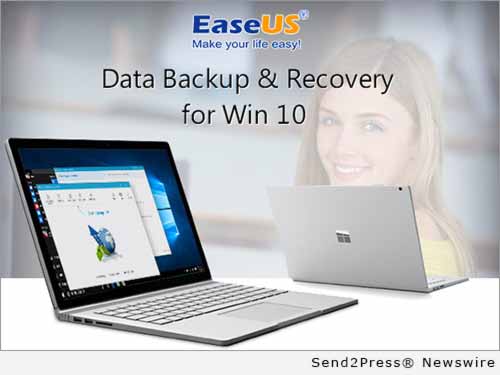 NEWS ARCHIVE NOTE: this archival news content, issued by the news source via Send2Press Newswire, was originally located in the Send2Press® 2004-2015 2.0 news platform and has been permanently converted/moved (and redirected) into our 3.0 platform. Also note the story “reads” counter (bottom of page) does not include any data prior to Oct. 30, 2016. This press release was originally published/issued: Fri, 08 Jan 2016 15:14:50 +0000