EaseUS bends itself to enhancing data recovery quality to keep track of Windows 10 paces which thriving at an unprecedented level. Since the summer launch in the past year, Microsoft expands Windows 10 to different devices from all-in-one PCs for families or business and thin-and-light notebooks down to slender tablets or phones. However, issues centering round Windows 10 updates become surging in a row revealed by feedbacks from Windows users including the preview builders.

In a new case study published recently, it demonstrates that 45% users have suffered data loss more or less when upgrading to Windows 10. As Microsoft pushes users to install any updates, in some degree, that makes sense with system security much concerned. Users always cannot do that by choice, but just go because of necessity. On the other hand, installing without discern may cause damages on practices especially when caught by system failure.

In the event of system breakdown, a number of users choose to perform a BIOS update for this problem. Either, it’s found that condition may be worsened by bootable troubles. EaseUS Data Recovery Wizard with bootable media safely retrieves changes to data and restores all lost files even when bothered with operating system failing to start. This hard drive data recovery software works across sorts of devices, such as Windows-based PCs, laptops or other storage media.

The easiest practice before any system update is to place data backup on heading although users can preserve Windows settings, personal files, and applications during the upgrade, but some programs such as antivirus might not just work which need to update hardware driver. Data recovery after Windows 10 installing can be completed from backups right away that takes the minimum costs.

Fully compatible with Windows 10, EaseUS data recovery from Windows base solves data loss destruction to help users experience the most secure Windows ever. Success often depends upon knowing how long it will take to succeed. A smooth transition to Windows 10 is the beginning to explore the way how Windows 10 changes daily life or the working way. 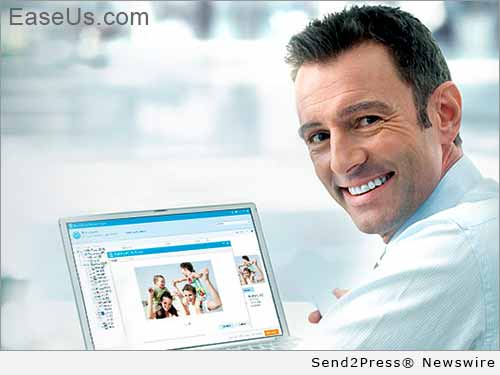 NEWS ARCHIVE NOTE: this archival news content, issued by the news source via Send2Press Newswire, was originally located in the Send2Press® 2004-2015 2.0 news platform and has been permanently converted/moved (and redirected) into our 3.0 platform. Also note the story “reads” counter (bottom of page) does not include any data prior to Oct. 30, 2016. This press release was originally published/issued: Fri, 04 Mar 2016 15:06:36 +0000