EaseUS Launches a Major Update of Todo Backup 10.0 for Business to Perform Data Backup and Recovery Task Much Easier

NEW YORK, N.Y., Nov. 15, 2016 (SEND2PRESS NEWSWIRE) — EaseUS makes a major update on its business data backup and recovery software from 9.3 to 10.0 in 2016. Users take first look at how powerful a new business backup strategy is when the 10.0 edition EaseUS Todo Backup software is now fully compatible with Windows Server 2016 and Exchange Server 2016. In addition, system clone is a new alternative way for system backup in 10.0. Exporting or importing backup tasks also saves the trouble of resetting when necessary. 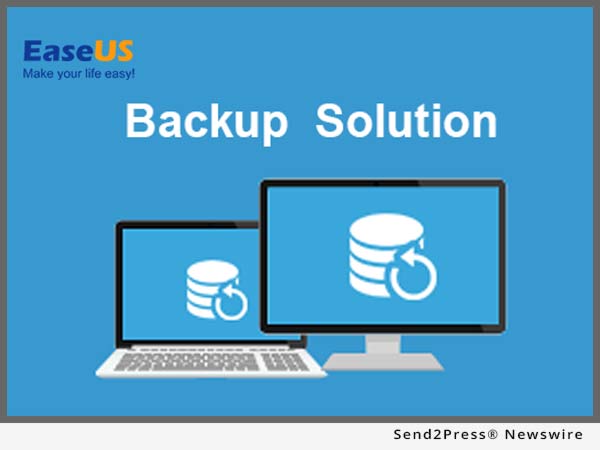 EaseUS, an international provider of award-winning backup solution, has conducted a survey in the last month about data security. It shows that about 60 percentage people have experienced data loss disasters, among them, 35 percentage businesses were hit by serious information crisis for lack of suitable backup plans.

System clone function in EaseUS Todo Backup for business 10.0 makes much prominent effects when there is a demand to change hard drive to a new one of better performance. Therefore, it’s unnecessary to reinstall the operating system by making an exact copy of system and still running it as normal.

Besides, when replacing HDD with SSD where difference on disk property exists, it’s no worry about cloning data stored on original HDD, because disk or partition 4K alignment makes data transfer easier than ever before and minimizes downtime as possible.

Enterprises always encounter emergency more or less and have to quit temporarily or even abandon from then on. EaseUS Todo Backup, for business data safety, resorts to solving such dilemma in a smart way and holding a breakthrough in that field. After carrying out data recovery, records of the original backup activities may lose unexpectedly. Importing the old backup plans to resume is much easier for users to get all things going on like before with minimum time.

As for EaseUS Todo Backup software reinstallation or backups on new PCs or Servers, exporting backups in advance and importing directly then works well instead of creating new backup plans repeatedly. In addition, it’s much ideal to check and fix damaged backup tasks when running the program the first time after importing the backups.

EaseUS provides professional IT solutions for home, education and SMB users, service providers in data recovery, backup, system optimization and partition manager on both Windows and Mac platforms. Founded in 2004, EaseUS has established itself as a fast-growing international company with over 100 million wonderful users in the world. For more information, please visit http://www.easeus.com/.