CHENGDU, China, Dec. 13, 2017 (SEND2PRESS NEWSWIRE) — EaseUS now just initiates the new 11.0 Todo Backup software for business users in which great changes come on the business schedule backup. This major upgrade alters the traditional setup of schedules to make sure that there is no break on the backup plans for business data among full backup, incremental backup and differential backup. 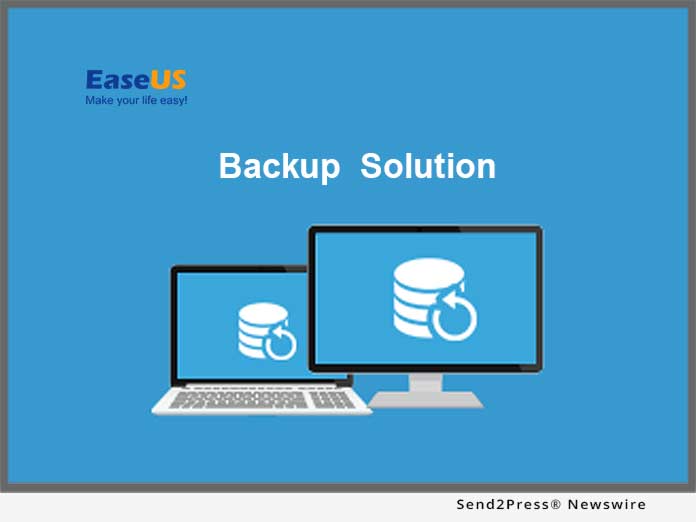 In this new 11.0 version, no matter small business or large enterprises can start backup strategy with higher efficiency and flexibility.

“Many times, we have received troublesome feedback from our users who worry about the disconnection between two or more backup plans due to the settings of backup schedule. Now the 11.0 version Todo Backup dispels the concerns on such problem that runs non-stop backup tasks over different schedule on time base or event base. Possibly, most on time program,” said EaseUS CEO Mr. Wan on the launch meeting.

EaseUS business backup solution, including Workstation, Server, Advanced Server and Technician Editions, covers all essential backup on system, disks/partitions, files, Outlook emails, Exchange/SQL Server database from Windows PCs or Servers. Arranging from single machine environment to entire enterprise infrastructure, it’s in a straightforward process to create backup tasks with a relatively automatic guide. As for business backup, schedule kicks in to simplify the whole admin routine and save plenty of trouble on manual work. It’s much better to map out an overall backup plan before the backup setup rather than getting it done roughly.

It’s usually found that parts of business data is left behind without backup due to the lack of well-thought-out schedule. For example, a monthly incremental backup task is fixed to execute on the beginning of the first Monday of the month, like November 05, 2017.

In the next month, the first Monday delays or maybe there is no the first Monday in the second month, like the first month on December is on the 26th that is decided by the backup program. Thus, there would be a pity in the leap on the second backup. To avoid such awkward situation, EaseUS Todo Backup 11.0 version helps edit business backup schedules accurate to every minute. Meanwhile, multiple backup tasks for full, incremental or differential copies can keep going on together on different schedules.

With no extra steps, it’s simple and quick to set up multiple schedules on time or event depending on the business project. Data security and integrity are the core value for business backup work. EaseUS new 11.0 business backup tool attach much importance to the business continuity for technicians, IT admins, consultants, organizations or service providers.

View More Software News
"Many times, we have received troublesome feedback from our users who worry about the disconnection between two or more backup plans due to the settings of backup schedule. Now the 11.0 version Todo Backup dispels the concerns on such problem...," said EaseUS CEO Mr. Wan.

LEGAL NOTICE AND TERMS OF USE: The content of the above press release was provided by the “news source” EaseUS Software or authorized agency, who is solely responsible for its accuracy. Send2Press® is the originating wire service for this story and content is Copr. © EaseUS Software with newswire version Copr. © 2017 Send2Press (a service of Neotrope). All trademarks acknowledged. Information is believed accurate, as provided by news source or authorized agency, however is not guaranteed, and you assume all risk for use of any information found herein/hereupon.