Empire Creators Are Under Fire by Prison Author of ‘Empire: Cookie’s Revenge’

CARSON CITY, Nev., May 19, 2016 (SEND2PRESS NEWSWIRE) — The creators of the hit television show “Empire” may be facing some hard questions from author Eugene L. Weems, Founder of Celebrity Spotlight Entertainment LLC and author of the blockbuster book “Empire: Cookie’s Revenge” (ISBN: 978-1515335917). Weems is claiming Co-Creators Lee Daniels and Danny Strong have allegedly based the second season of the “Empire” show on Weems’ book and have also “stolen” his idea of creating a spinoff television series about the upbringing of Taraji P. Henson’s Cookie Lyon character. 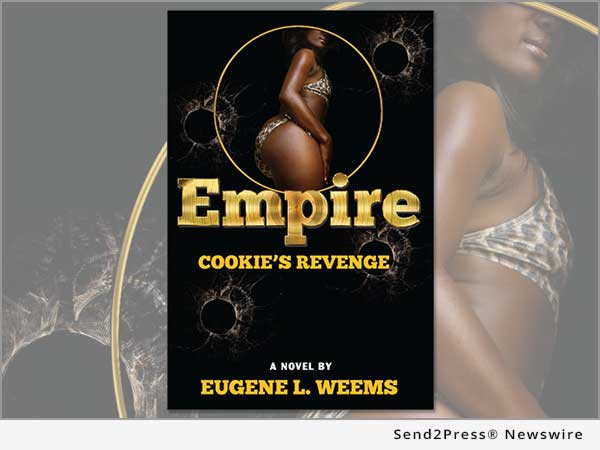 Weems, serving a 20-year sentence in a California prison for armed robbery, is not surprised by the alleged actions of Daniels and Strong. He understands some of the most brilliant people need a little boost to advance their creativity. Weems has been focused on positively impacting the lives of at-risk youth and inmates and has published nearly a dozen books while serving his sentence.

Weems’ unconventional spirit motivated him to create “Empire: Cookie’s Revenge,” dubbed the greatest literary entertainment of the year. It is powerful and exciting. Weems’ claims of being robbed of his intellectual property are supported with essential facts. Pick up a copy of “Empire: Cookie’s Revenge” from Amazon.com and judge for yourself. The truth is in the words.

Celebrity Spotlight Entertainment draws its material from a wide range of interests, including but not limited to main street contemporary, nonfiction, poetry, autobiography, biography, urban, self-help, philosophy and the visual arts. Through our unique approach we allow our customers to get the latest in celebrity entertainment.

Celebrity Spotlight Entertainment publishes extraordinary movies, music, and literature, introducing readers and fans into the lives of the biggest names in the business, granting exclusive VIP access to the hottest groundbreaking entertainment art.

LEGAL NOTICE AND TERMS OF USE: The content of the above press release was provided by the “news source” Celebrity Spotlight Entertainment LLC or authorized agency, who is solely responsible for its accuracy. Send2Press® is the originating wire service for this story and content is Copr. © Celebrity Spotlight Entertainment LLC with newswire version Copr. © 2016 Send2Press (a service of Neotrope). All trademarks acknowledged. Information is believed accurate, as provided by news source or authorized agency, however is not guaranteed, and you assume all risk for use of any information found herein/hereupon.