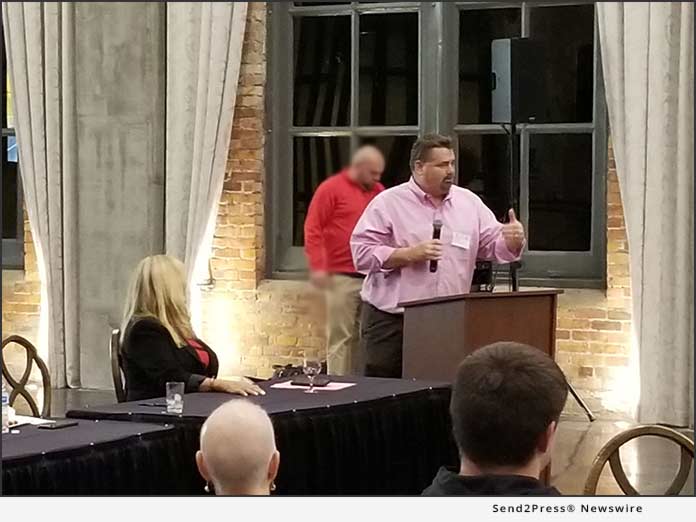 Amid a backdrop of controversial state bills, like Ohio House Bill 6 (HB 6), and various rollbacks of fuel and emissions standards and other such policies, E2 and Energy Optimizers, USA gathered business leaders and lawmakers together to discuss ways of moving with positive economic and environmental decisions and policies.

Ohio House Speaker Pro Tem Rep. Jim Butler, among others, participated in discussions with more than 50 local business owners and interested parties. Butler defended his stance on the clean energy rollbacks of HB 6, but was receptive to the concerns of executives.

He said hearing from individual business leaders painted the conversation in a new light, and he appreciated the role that E2 and Energy Optimizers, USA played in bringing both sides together.

U.S. Sen. Sherrod Brown shared the same views in this video he recorded for the event ( https://youtu.be/jWUEULr3KoQ ).

In addition to productive conversations between lawmakers and business owners, Energy Optimizers, USA founder Greg Smith announced that he will personally fund scholarships for 20 E2 Emerging Leaders members every year for the next five years. This major gift will help young, clean energy professionals become part of E2.

Smith said one of his passions is getting more young people involved in the fight for climate and clean energy.

“It’s something I think is important and that I’m personally excited about it,” he said.

View More Environment and Ecology News
“It’s something I think is important and that I’m personally excited about it,” said CEO Greg Smith.

LEGAL NOTICE AND TERMS OF USE: The content of the above press release was provided by the “news source” Energy Optimizers USA or authorized agency, who is solely responsible for its accuracy. Send2Press® is the originating wire service for this story and content is Copr. © Energy Optimizers USA with newswire version Copr. © 2019 Send2Press (a service of Neotrope). All trademarks acknowledged. Information is believed accurate, as provided by news source or authorized agency, however is not guaranteed, and you assume all risk for use of any information found herein/hereupon.