MIAMI, Fla., Jan. 24, 2022 (SEND2PRESS NEWSWIRE) — Each year, the United Nations sets aside January 24 as International Day of Education. Among this year’s goals: “unlocking the potential in every person.” The episode “Help for Miami,” of the “Voices for Humanity” series on the Scientology Network takes viewers inside an innovative program that is shattering the glass ceiling for those labeled with learning disabilities. 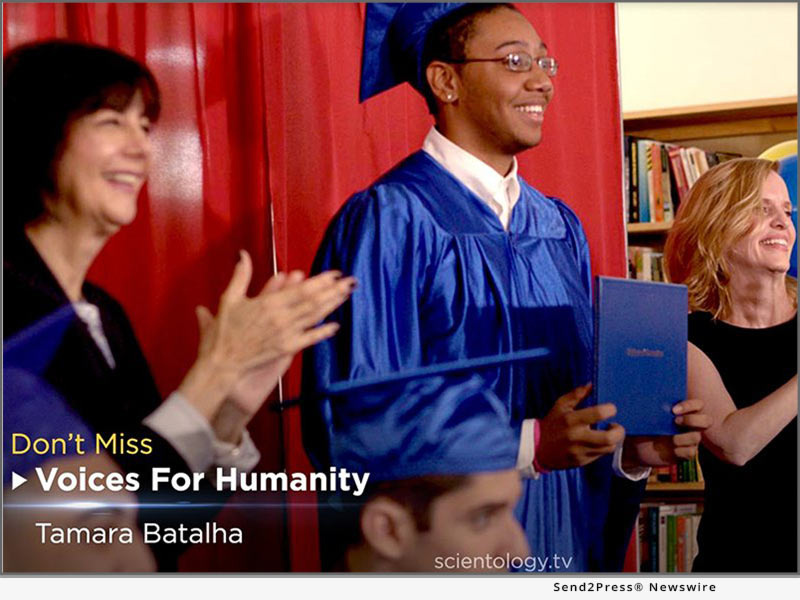 “Our country is in crisis today,” says Tamara Batalha, cofounder and administrator of HELP Miami.

“Kids are being labeled and drugged. They’re not learning,” adds HELP Miami’s principal Barbie Rivera. “This is a tragedy.”

Together, they are introducing kids to a new way of learning.

“Families thought the only solution was to drug their child and now they don’t have to anymore,” says Batalha. “The beauty of our program is we treat every child as an individual, so no matter where they are on their educational level, we’re able to work with them.”

One mother relates that her son was getting “F” in subject after subject at the school where he attended 5th grade. They were advised to place him on medication, but that caused side effects. “He told me he hated school. He wanted to drop out.” When they enrolled him at HELP Miami, everything changed. “They brought him up to grade level,” the mother said. “Now he’s in 8th grade and every single year, he’s gotten honor roll. Being able to learn how to learn, this is an incredible gift that HELP Miami is giving these kids.”

Go behind the scenes of this innovative school that is providing a bright future for kids who were told they would never have one.

Scientology Network’s “Voices for Humanity,” is a weekly series presenting heroic changemakers from a variety of faiths, cultures and nations, working to uplift their communities.

Caption: HELP Miami is featured in an episode of “Voices for Humanity” on the Scientology Network.

View More Religion and Churches News
"Our country is in crisis today," says Tamara Batalha, cofounder and administrator of HELP Miami. "The beauty of our program is we treat every child as an individual, so no matter where they are on their educational level, we're able to work with them."