NEW YORK, N.Y., Jan. 12, 2016 (SEND2PRESS NEWSWIRE) — Microsoft has finally announced to no longer push out security updates for Windows 8 on January 12, 2016, according to EaseUS Software. The painful news coming suddenly for users on Windows 8 is a prompt to make full preparation such as system and data backup before upgrading to Windows 8.1 or Windows 10.

Since Windows 8 was officially released in 2012, a mere three years proved it to be a weakness in the Windows history. Microsoft claims to allow Windows 8 users a free upgrade to Windows 8.1 that is considered as a service pack of the former or another preferable option – free upgrade to Windows 10 with extended support. However, it’s really worth much thought before upgrading from Windows 8 to Windows 8.1/10 or even downgrading to Windows 7. Full preparation or Windows upgrade solution, including data and system backup, disk management, file transferring or file recovery, must be implemented for smooth OS change.

Before completely abandoning Windows 8, backing up system and files on a fairly regular basis by EaseUS Todo Backup Software makes much sense regarding further data security or restoring when emergency, unexpected crashes or computer downtime occurs. Otherwise, Todo PCTrans transfers files or applications along with settings from any Windows-based PCs/laptops/2-in-1s to spare devices which also works to avoiding risks before Windows 8.1/10 installing.

In case of data loss or disaster after Windows 8.1/10 installing, Data Recovery Wizard retrieves all lost files back immediately from damaged parts. What’s more, it’s suggested to make sure sufficient disk space for new system setting-up to shun all low disk troubles. Partition Master, a professional disk management tool, resizes hard drive space in well-organized order to leave enough capacity for Windows 8 upgrading. Even if new OS may be not as expected, rolling back to the previous Windows 7/Vista/XP is available in just few clicks through System GoBack.

Well-prepared solutions must be a cure for any upset no matter directly upgrading to Windows 8.1, heading straight forward to Windows 10, or even going back to an older OS. EaseUS proactive and real-time protection for Windows 8 update to Windows 8.1/10 can rescue users from update troubles and enjoying easy digital life. 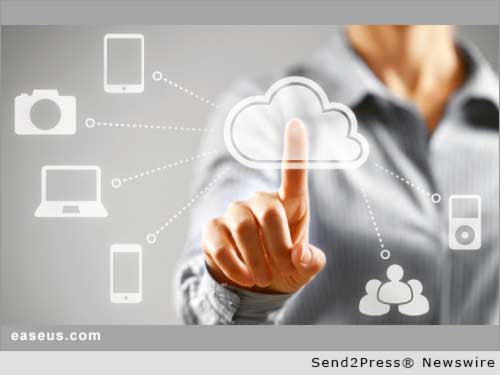 NEWS ARCHIVE NOTE: this archival news content, issued by the news source via Send2Press Newswire, was originally located in the Send2Press® 2004-2015 2.0 news platform and has been permanently converted/moved (and redirected) into our 3.0 platform. Also note the story “reads” counter (bottom of page) does not include any data prior to Oct. 30, 2016. This press release was originally published/issued: Tue, 12 Jan 2016 18:15:58 +0000