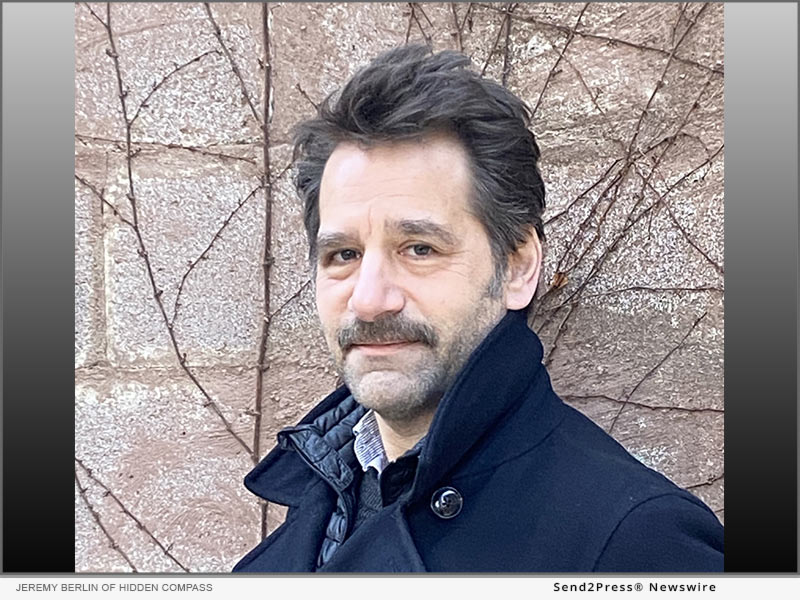 As a former writer and editor for publications such as National Geographic magazine, The Atlantic, and Atlas Obscura, Berlin brings more than 20 years of journalism experience to Hidden Compass. He has reported on topics from Atlantic walruses to Sicilian mummies to Chinese mathematics. His hire demonstrates the company’s continued commitment to the editorial excellence that has catapulted its award-winning digital magazine onto the national stage. In 2021, Newsweek named Hidden Compass a finalist in its Future of Travel Awards.

“I’m honored and excited to join this crack squad,” says Berlin. “Roughly half the stories we run win awards or are anthologized, so I’m clearly inheriting a small-but-mighty title. My aim is to both uphold that excellence and help Hidden Compass take it to the next level — to grow the brand editorially, publish diverse new voices, and tell new stories that delight and inform our dedicated, discerning readership.”

“The old publishing model, beset by shrinking budgets and attention spans, is dying,” says Berlin. “But Hidden Compass’s approach, which privileges immersive exploration and intellectual curiosity over clickbait and algorithms, is what can allow it to thrive and flourish.”

Hidden Compass continues to pave the way for the future of exploration journalism. The startup now boasts a podcast, virtual events, and The Alliance — a modern exploration society.

“We built The Alliance to address the existential FOMO of our Allies and give them access to something bigger than themselves: a like-minded community, a vote and a say in the expeditions we fund, opportunities to meet explorers, and an invitation to explore the frontiers of human knowledge,” says co-founder Sivani Babu.

The co-founders are thrilled about the growth of both The Alliance and their flagship publication. “With an experienced, award-winning journalist and editor like Jeremy at the editorial helm, we’re confident that Hidden Compass will lead a new generation of publications that are profitable — not in spite of championing journalism and hope, but because of it,” says co-founder Sabine K. Bergmann.

Hidden Compass is an independent journalism outlet and modern exploration society transforming the way audiences participate in journalism and exploration. Co-founders Sivani Babu and Sabine K. Bergmann, who have 25 years of experience in journalism and publishing, launched Hidden Compass in 2017 as an alternative to unhealthy, clickbait-laden content — what they call “junk food media.” In 2020, the company pioneered a unique business model, leveraging fundraising campaigns to increase journalists’ pay and audience participation. The following year, readership grew by more than 40 percent, and Newsweek named Hidden Compass a finalist in its Future of Travel Awards. Learn more at https://hiddencompass.net/

View More Books and Publishing News
"I'm honored and excited to join this crack squad," says Berlin. "Roughly half the stories we run win awards or are anthologized, so I'm clearly inheriting a small-but-mighty title."

LEGAL NOTICE AND TERMS OF USE: The content of the above press release was provided by the “news source” Hidden Compass or authorized agency, who is solely responsible for its accuracy. Send2Press® is the originating wire service for this story and content is Copr. © Hidden Compass with newswire version Copr. © 2022 Send2Press (a service of Neotrope). All trademarks acknowledged. Information is believed accurate, as provided by news source or authorized agency, however is not guaranteed, and you assume all risk for use of any information found herein/hereupon.