"We are extremely proud of the accolades we received at the Parade of Homes," John Cannon, President, said, who has won over 300 Parade of Homes awards in the company's history.

SARASOTA, Fla., March 4, 2016 (SEND2PRESS NEWSWIRE) — John Cannon Homes was the most recognized home builder in this year’s Parade of Homes, sweeping the competition with sixteen awards including four in the category of “Best Overall,” in a presentation held Thursday by the Manatee-Sarasota Building Industry Association.

“We are extremely proud of the accolades we received at the Parade of Homes,” John Cannon, President, said, who has won over 300 Parade of Homes awards in the company’s history. “We have an experienced team that has been together, some for more than 20 years, who know how to work together. Not many builders have a team in place that does it all – and as well – as we do.”

Cannon explained that he feels their award-winning success for their models reflect years of listening to clients effectively, something that brings additional value to both the builder and client in the process. “We feel that every award we receive is an acknowledgement of our commitment in responding to our clients’ needs and their desires, which in turn is reflected in our models and design.

“Everything we do with our models, we do for our clients. Value engineering, construction management, quality control, personal design consultation, are all components in successful building, not just the end result of architectural and interior design and all of these go into building a John Cannon home.

“The feedback, working one-on-one with our clients, the constant exchange with them makes us better builders and designers,” he said, “and they respond with praise and recognition. “Our customers really are the ones that guide us in setting the bar to the highest level.”

“There is a difference, obviously, between a Mercedes and other cars,” Cannon said. “Any car can get you to your destination, but as our clients remind us, it’s not just what you pay for the home that makes the difference – it’s the overall value of the home for years to come.”

There were 110 single-family home entries considered in the competition. The award-winning Cannon models range in size from 2,800 to 5,000 square feet and showcase nearly 30 years of John Cannon’s Design/Build expertise. In addition to these awards, last week John Cannon Homes was again acknowledged as Best Builder in Sarasota-Manatee County by readers of the Sarasota Herald-Tribune, an award he has received for the past 24 consecutive years.

Along with his six current homes, Cannon’s new model at MiraBay on Tampa’s South Shore will be featured in the Tampa Bay Parade of Homes, beginning March 5, 2016.

The Manatee-Sarasota Building Industry Association (MSBIA) is a membership driven networking and advocacy group focused on the needs of the building & development industry and related business in Manatee and Sarasota Counties, according to their website. As of September 2015, there are more than 325 members comprised of builders, developers, local municipalities, consultants and supporting businesses. The association is affiliated with both the Florida Home Builders Association and the National Association of Home Builders.

VIDEO: (The Avianna at the Concession, Bradenton, FL) – https://youtu.be/xgh9vRztWKk.

Sub-Contractor awards for John Cannon Homes:
* Pool Awards: The Akarra III, The Avianna, The Baylee, The Kiandra, The Miah
* Landscaping: The Akarra III. 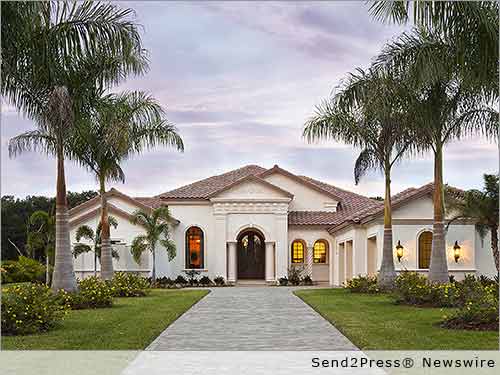 NEWS ARCHIVE NOTE: this archival news content, issued by the news source via Send2Press Newswire, was originally located in the Send2Press® 2004-2015 2.0 news platform and has been permanently converted/moved (and redirected) into our 3.0 platform. Also note the story “reads” counter (bottom of page) does not include any data prior to Oct. 30, 2016. This press release was originally published/issued: Fri, 04 Mar 2016 17:40:28 +0000

View More Architecture News
"We are extremely proud of the accolades we received at the Parade of Homes," John Cannon, President, said, who has won over 300 Parade of Homes awards in the company's history.

LEGAL NOTICE AND TERMS OF USE: The content of the above press release was provided by the “news source” John Cannon Homes Inc. or authorized agency, who is solely responsible for its accuracy. Send2Press® is the originating wire service for this story and content is Copr. © John Cannon Homes Inc. with newswire version Copr. © 2016 Send2Press (a service of Neotrope). All trademarks acknowledged. Information is believed accurate, as provided by news source or authorized agency, however is not guaranteed, and you assume all risk for use of any information found herein/hereupon.