SAN DIEGO, Calif., June 11, 2019 (SEND2PRESS NEWSWIRE) — Legacy Global Development, the developer of the luxurious Orchid Bay, Belize community and recognized as an expert source on Belize tourism, shares its Top 10 List of sites to see and things do while visiting Belize. 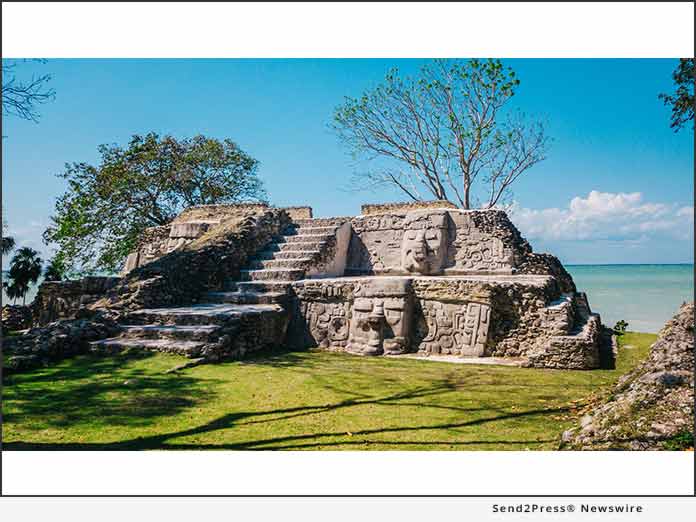 As the home to the second largest barrier reef in the Western Hemisphere, ancient Mayan Ruins, dense jungle, and more, many travelers are unaware that a Belize vacation offers much more than just a picturesque setting of beautiful beaches and sparkling blue waters. This is what sets Belize apart from other Caribbean destinations, and makes it unique to its neighboring Central American countries.

“If you’re a nature lover, adventurer seeker, diving fanatic, or history buff, you’ll never get bored in Belize,” said Chris Williams, CEO of Legacy Global Development. “There are many spectacular sites to see, natural wonders to explore, and extraordinary experiences to enjoy.”

“We created this Top 10 List because we found that many of our Orchid Bay home buyers visit Belize for the first time and are surprised to learn all that Belize has to offer,” added Chris Williams. “It’s these exciting offerings which contribute to Belize’s growing popularity amongst North American tourists.”

Below, in no particular order, are the “Top 10 Most Memorable Things to Do in Belize,” released today by Legacy Global Development:

1. Great Blue Hole
As a UNESCO World Heritage Site, the Great Blue Hole is considered one of the world’s most distinguished diving sites. Created approximately 10,000 years ago after a cave roof crumbled in, this deep blue abyss contains underwater tunnels, caverns, and rock formations. It can be experienced through a diving day trip, flying over it in a helicopter or airplane, or snorkeling.

2. Altun Ha
Belize is home to several Mayan Ruins. One of them is Altun Ha, meaning “Rockstone Pond,” where visitors can view two plazas with pyramids, tombs, temples, and ceremonial mounds. This is where elite priest-kings were buried with precious items, such as jade, pottery, and pearls.

3. Actun Tunichil Muknal
Actun Tunichil Muknal (also known as the ATM Tour) is a well-known Mayan burial site in Western Belize. National Geographic had named it one of the Top 10 Sacred Caves, and it offers an “Indiana Jones” type of experience, where one can view ancient Mayan relics and skeletal remains inside the cave.

5. Barton Creek Cave
Barton Creek is one of the largest river caves in Belize and was once used for ceremonial purposes and human sacrifices by the Maya. It consists of giant passages covered with numerous large speleothems.

7. Black Hole Drop
This tour for adventure seekers begins with a treacherous hike to the Actun Lock sinkhole. Upon arrival, hikers prepare to descend over 200 feet into the rainforest below.

9. Monkey River Tour
This day tour glides down the Monkey River while passing by wildlife on the shore. Participants can then trek into the jungle to see and hear the howling monkeys, and exotic flora and fauna.

10. Lamanai
Lamanai is a 960-acre Mayan site located on the New River Lagoon in Northern Belize. Its name means “submerged crocodile” which is encountered during the visit, including artifacts depicting reptiles, plus crocodiles and iguanas crawling along its banks.

Located in northern Belize and developed by Legacy Global Development, Orchid Bay is a gated, master-planned community situated on a 114-acre site in the Bay of Chetumal. It combines North American comforts with a spectacular Caribbean setting. The development was influenced by innovations in community design that reveal small-town accessibility, connectivity, and convenience — all with respect to the natural environment. The master plan calls for a series of canals and basins for easy navigation around the community, first world infrastructure, and 10 percent green space set aside.

Buyers have many types of homes to choose from as the community is comprised of Beachfront Condominiums, Casitas, Beachfront Villas, Bungalows, and home sites and lots where Orchid Bay home buyers can build their own custom home. On-site amenities include the Tradewinds Beach Club and Restaurant, as well as a grocery store and medical clinic, both of which will are projected to open in the future. Orchid Bay offers many activities and tours for its residents, all with easy access to the best of Belize.

Based in San Diego, California, Legacy Global Development is a real estate development company that owns and builds luxury resorts in the U.S., Latin America, and the Caribbean.

LEGAL NOTICE AND TERMS OF USE: The content of the above press release was provided by the “news source” Legacy Global Development or authorized agency, who is solely responsible for its accuracy. Send2Press® is the originating wire service for this story and content is Copr. © Legacy Global Development with newswire version Copr. © 2019 Send2Press (a service of Neotrope). All trademarks acknowledged. Information is believed accurate, as provided by news source or authorized agency, however is not guaranteed, and you assume all risk for use of any information found herein/hereupon.