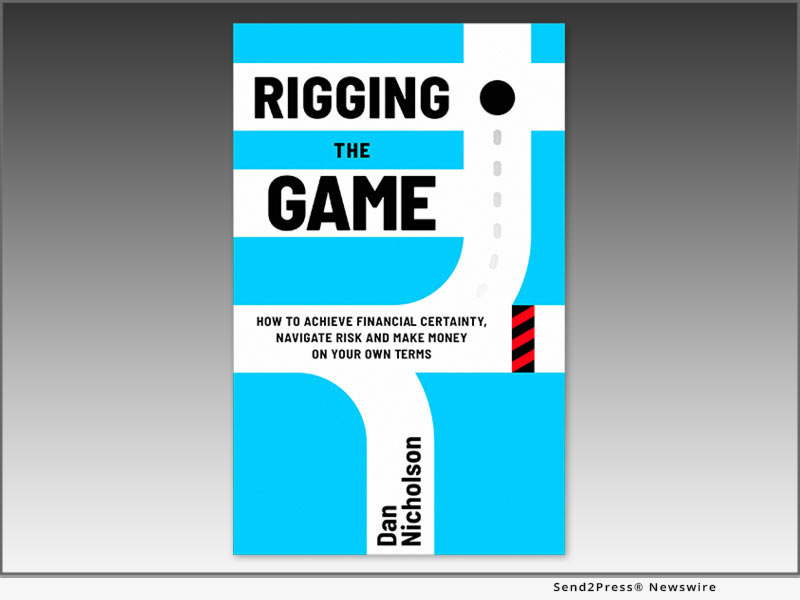 In “RIGGING THE GAME,” Nicholson reveals why some entrepreneurs seem to always win while others routinely fail. (Spoiler alert: it’s not luck.) It’s actually readers who are the lucky ones, as Nicholson has not only discovered the secret to eliminating risk and financial uncertainty but is also passionate about sharing it with others.

But it’s not his pedigree that qualifies him to share what he does in “RIGGING THE GAME.” It was, in fact, the pedigreed life that led him to realize there had to be an easier way.

“RIGGING THE GAME” is that easier way.

The book has already received praise from business leaders across the globe.

“’RIGGING THE GAME’ contains theories that are on par with anything from the top business schools, yet it goes much further by providing actual steps you can take to ensure success in your business and your life,” says former senior advisor to Bill Gates at Microsoft and serial entrepreneur Randy Massengale.

“Dan Nicholson has created the single most powerful operating system to help business owners get what they want out of life,” echoes Mastery Mode cofounder and “Bumpers” author Nic Peterson. “I use it and teach it to all my clients.”

Nicholson has helped hundreds of entrepreneurs learn his principles through his 20-week online course Certified Certainty Advisor but “RIGGING THE GAME” gives him an opportunity to share these concepts with the masses.

“When I became a full-time entrepreneur, I unknowingly had to unlearn a lot of things,” Nicholson writes in the book. “I had the privilege of advising thousands of clients, launching two seven-figure businesses, leading a successful software project and learning from countless investments—to see what works and what doesn’t. All that’s code for: I’m really good at teaching others how to streamline their businesses, increase revenue and not lose their souls in the process.”

“RIGGING THE GAME” is available on Amazon and Barnes & Noble, among many other outlets.

A boutique publishing company primarily for entrepreneurs who are the leaders in their field, Legacy Launch Pad has published authors from the entertainment and entrepreneurial worlds, as well as sports agents, coaches, non-profit founders and more. Learn more at: https://www.legacylaunchpadpub.com/.

View More Books and Publishing News
"When I became a full-time entrepreneur, I unknowingly had to unlearn a lot of things," Nicholson writes in the book.

LEGAL NOTICE AND TERMS OF USE: The content of the above press release was provided by the “news source” Legacy Launch Pad Publishing or authorized agency, who is solely responsible for its accuracy. Send2Press® is the originating wire service for this story and content is Copr. © Legacy Launch Pad Publishing with newswire version Copr. © 2022 Send2Press (a service of Neotrope). All trademarks acknowledged. Information is believed accurate, as provided by news source or authorized agency, however is not guaranteed, and you assume all risk for use of any information found herein/hereupon.