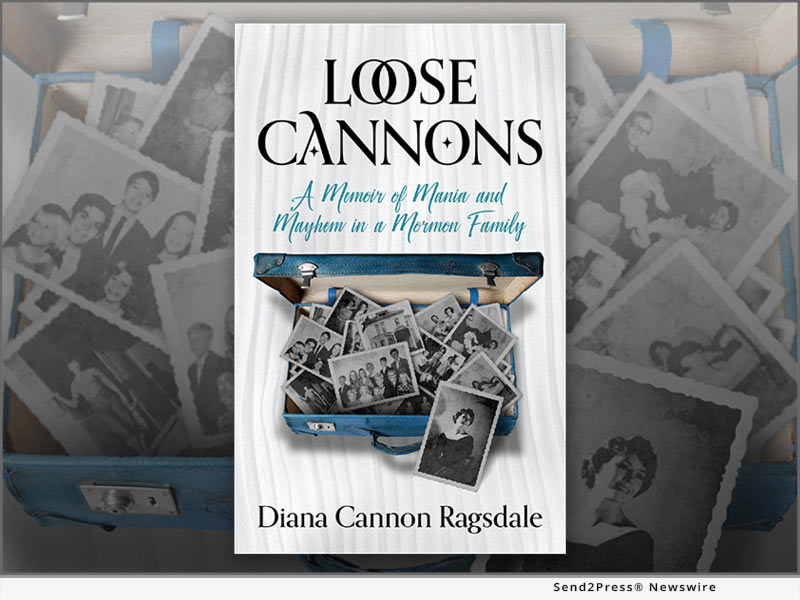 In “Loose Cannons,” Ragsdale tells the chaotic story of being raised by her schizophrenic father in Salt Lake City, Utah, in the wake of her depressed mother abandoning the family. The story covers more than 60 years of complex family history and is interspersed with excerpts from Ragsdale’s mother’s journal, which detail decades of abuse, mental illness and family secrets.

While covering difficult topics, Ragsdale’s memoir also keeps an optimistic and humorous touch, with a changing perspective as she ages from girl to woman. Despite the difficulties she faces, Ragsdale details how she’s learned from her mistakes as well as the mistakes of her family, all while repairing her relationships with her parents—and herself.

The book has already received praise from authors and mental health professionals across the globe. “‘Loose Cannons’ is an unforgettable memoir, a remarkable and astonishing story which will leave you laughing, crying and cringing until the last page,” says Warren Driggs, author of “Mormon Boy, A Tortoise in the Road” and “Swimming in Deep Water.”

“An unflinching account of mental illness, abuse and neglect hiding in plain sight,” says Carrie Gaykowski, CSW. “The memoir is courageous, agonizing and demonstrates the resilience of the human spirit.”

Publisher Anna David agrees. “Diana tells a story that will stay with you long after you finish reading, and she tells it with more honesty, gumption and humor than you might have thought possible,” David says.

As Ragsdale’s story shows, abuse and neglect do not make anyone unlovable or unable to love themselves. With determination, perspective and a sense of humor, it is possible to heal from serious emotional wounds with grace.

“Loose Cannons” is available on Amazon and Barnes & Noble, among many other outlets.

A boutique publishing company primarily for entrepreneurs who are the leaders in their field, Legacy Launch Pad has published authors from the entertainment and entrepreneurial worlds, as well as sports agents, coaches, non-profit founders and more.

View More Books and Publishing News
"Diana tells a story that will stay with you long after you finish reading, and she tells it with more honesty, gumption and humor than you might have thought possible," says publisher Anna David.

LEGAL NOTICE AND TERMS OF USE: The content of the above press release was provided by the “news source” Legacy Launch Pad Publishing or authorized agency, who is solely responsible for its accuracy. Send2Press® is the originating wire service for this story and content is Copr. © Legacy Launch Pad Publishing with newswire version Copr. © 2022 Send2Press (a service of Neotrope). All trademarks acknowledged. Information is believed accurate, as provided by news source or authorized agency, however is not guaranteed, and you assume all risk for use of any information found herein/hereupon.