AUSTIN, Texas, July 5, 2016 (SEND2PRESS NEWSWIRE) — Texas Libertarian Candidate Dr. Mark Miller urges voters to declare independence from two-party rule. With Govs. Gary Johnson and Bill Weld representing the Libertarian Party at the top of the ballot this year, the next highest contest in Texas will be the statewide election of Texas Railroad Commission, for which Miller is running. 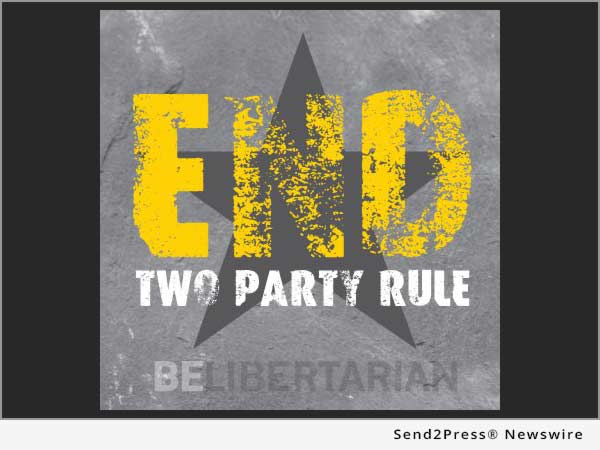 “The majority of Americans are not happy with the Presidential candidates put forward by the Republican and Democratic parties,” notes Miller. “Americans deserve more than two choices. This year is an opportune moment for Americans to see the value of more parties and more candidates. Indeed, voters have the power to end two-party rule.”

Miller points to a growing core of voters in both the Republican and Democrat parties who are fed up with the continued corruption and manipulation by elitist major party candidates who seem to have forgotten their constituencies are comprised of American citizens rather than special interests and lobbyists. Libertarian Presidential candidate Gov. Gary Johnson is often quoted as saying that most voters are Libertarian, they just don’t know it.

“If a voter is frustrated by the two presumptive nominees, tired of government imposing on their privacy, and disgusted by corruption, special interest influence, and big government, the Libertarian platform offers a decisively different and liberating alternative,” says Miller.

The Libertarian Party promotes personal responsibility and limited government. Libertarians advocate that the government’s principal function is to protect individual liberties as outlined in the U.S. Constitution and otherwise not meddle in the lives of citizens.

“This Independence Day I wish to remind every Texan that they own their own vote – no one else does. Texans are fiercely and proudly independent, always have been and always will be. They need to remember that independent spirit when they vote. It is time to stand up against two-party politics which have failed us all.” says Miller. “We deserve better and more choices than what the two old parties have offered. With a little investigation, I believe a strong surge of Texans and Americans will discover that they can proudly and confidently vote Libertarian and usher in the change they wish to see.”

Texans can join in the Miller campaign’s efforts to end two-party rule by visiting http://endtwopartyrule.com/.

View More Elections and Politics News
"The majority of Americans are not happy with the Presidential candidates put forward by the Republican and Democratic parties," notes Miller. "Americans deserve more than two choices."

More from Dr. Mark A. Miller

ABOUT THE NEWS SOURCE:
Dr. Mark A. Miller

LEGAL NOTICE AND TERMS OF USE: The content of the above press release was provided by the “news source” Dr. Mark A. Miller or authorized agency, who is solely responsible for its accuracy. Send2Press® is the originating wire service for this story and content is Copr. © Dr. Mark A. Miller with newswire version Copr. © 2016 Send2Press (a service of Neotrope). All trademarks acknowledged. Information is believed accurate, as provided by news source or authorized agency, however is not guaranteed, and you assume all risk for use of any information found herein/hereupon.