"As Commissioner, I promise to transform the agency by bringing increased transparency and accountability, a culture of simplification and regular review, and a new focus on surface property rights," says Miller.

“As Commissioner, I promise to transform the agency by bringing increased transparency and accountability, a culture of simplification and regular review, and a new focus on surface property rights,” says Miller.

The only other announced candidate for the post is the incumbent Commission Chairman, Mr. David Porter. “During Commissioner Porter’s tenure, the Railroad Commission was embroiled in many controversies surrounding oil and gas development in Texas,” notes Miller. “Among them were appropriate regulations for wastewater wells that trigger earthquakes and eminent domain abuse by common carrier pipelines. Sadly, regulations promulgated by the Commission under Porter’s watch turned out to be nothing more than window-dressing, resulting in additional bureaucratic busy-work, but with no substantive positive effects on protecting the Texas public. Even more sadly, this appears to be the usual state of affairs at the most important of state agencies.”

There will be three public presentations of some of Dr. Miller’s thoughts on the Railroad Commission in the Dallas/Fort Worth area September 2 – 8, 2015 (www.miller4tx.com/events).

Texas Railroad Commissioner is the only State executive position on the November 2016 ballot. “Texas voters should insist on open and robust public discussions befitting this immensely important position and befitting our great state,” notes Miller. 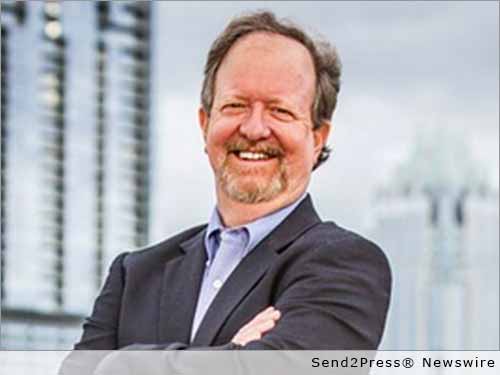 NEWS ARCHIVE NOTE: this archival news content, issued by the news source via Send2Press Newswire, was originally located in the Send2Press® 2004-2015 2.0 news platform and has been permanently converted/moved (and redirected) into our 3.0 platform. Also note the story “reads” counter (bottom of page) does not include any data prior to Oct. 30, 2016. This press release was originally published/issued: Wed, 02 Sep 2015 06:00:42 +0000

View More Austin Business News
"As Commissioner, I promise to transform the agency by bringing increased transparency and accountability, a culture of simplification and regular review, and a new focus on surface property rights," says Miller.

More from Dr. Mark A. Miller

ABOUT THE NEWS SOURCE:
Dr. Mark A. Miller

LEGAL NOTICE AND TERMS OF USE: The content of the above press release was provided by the “news source” Dr. Mark A. Miller or authorized agency, who is solely responsible for its accuracy. Send2Press® is the originating wire service for this story and content is Copr. © Dr. Mark A. Miller with newswire version Copr. © 2015 Send2Press (a service of Neotrope). All trademarks acknowledged. Information is believed accurate, as provided by news source or authorized agency, however is not guaranteed, and you assume all risk for use of any information found herein/hereupon.