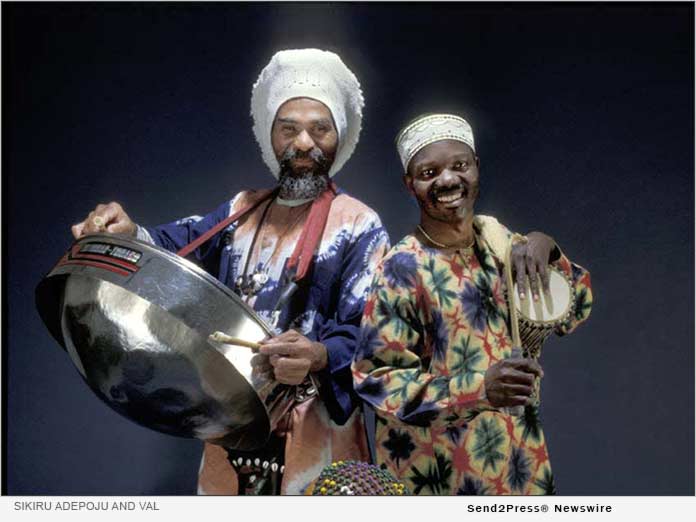 Announcing the release today, MansMark Records, the AfroWest Music Hub, says the floor is now open to fans, for a potpourri of choice music put together by some of the world best.

The official release of ỌPẸ (Yoruba-Nigeria word for Gratitude) follows the unveiling of three appetizing singles from the collection: “Ajaja” (I am The Spirit); “Goin’ Somewhere”; and “Take Me Home, Country Roads” – a vibrant remake of John Denver’s iconic song of the same title.

The album is available on digital platforms, including Spotify, Apple Music, iTunes Store, Amazon Music, and most music stores globally. 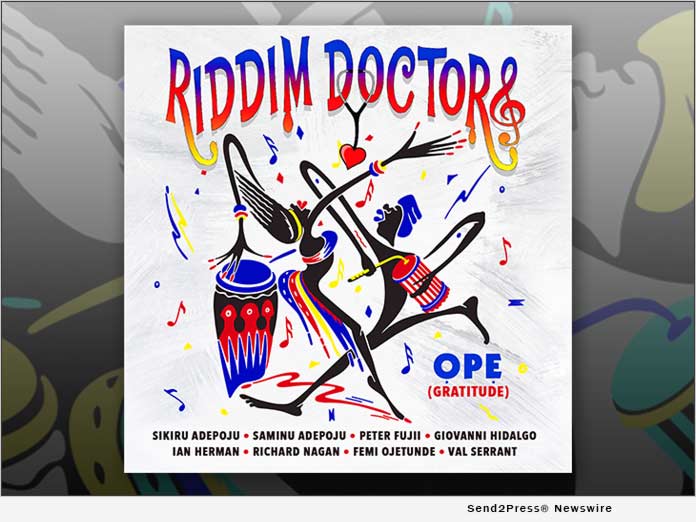 The Riddim Doctors project aims to celebrate African roots music while also infusing it with diverse new flavors: “The hope behind the album is to unite people in celebration of life and goodness,” says Adepoju.

According to the Founder/CEO of MansMark Records, Prince Ayo Manuel Ajisebutu, Sikiru Adepoju together with some key members of Riddim Doctors have encountered many twists and turns during the creation process.

“The unwavering determination of Sikiru Adepoju, continually supported by his friend of many years, Val Serrant, is beyond measure. Sikiru’s stubbornness about giving birth to his dreams, no matter how long it took, should be looked to for inspiration by anyone that dares to raise themselves higher. The lifeblood of the album is to elevate people’s spirits and ignite the essence of ỌPẸ in the listener. When the spirit of ỌPẸ is awakened in you, you will see the good in every situation. Embracing the spirit of ỌPẸ, gratitude, can reduce most of the tensions in our lives as we transform into better and more loving human beings. Unleash the spirit of ỌPẸ in you,” he says.

MansMark Records, the AfroWest Music Hub, is the home of the last official studio recordings of Babatunde Olatunji. Prince Ayo Manuel Ajisebutu, Founder/CEO, is committed to upholding Olatunji’s legacy by associating his work with music and projects that promote love, peace, and elevation of humanity.

View More Music and Recording News
"The hope behind the album is to unite people in celebration of life and goodness," says Adepoju.

ABOUT THE NEWS SOURCE:
MansMark Records

MansMark Records is the home of the last official studio recordings of Babatunde Olatunji. Prince Ayo Manuel Ajisebutu, founder of MansMark Records, is committed to upholding Olatunji's legacy by associating his work with music and projects that promote love, peace, and elevation of humanity. Babatunde Olatunji is from Ajido Badagry Lagos State Nigeria. In 1992, he received a Grammy Award for his participation on Mickey Hart's Planet Drum Project.

LEGAL NOTICE AND TERMS OF USE: The content of the above press release was provided by the “news source” MansMark Records or authorized agency, who is solely responsible for its accuracy. Send2Press® is the originating wire service for this story and content is Copr. © MansMark Records with newswire version Copr. © 2020 Send2Press (a service of Neotrope). All trademarks acknowledged. Information is believed accurate, as provided by news source or authorized agency, however is not guaranteed, and you assume all risk for use of any information found herein/hereupon.