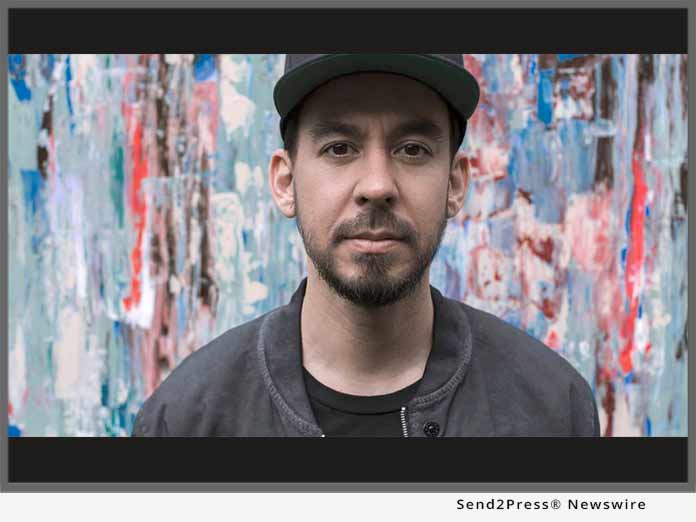 Experience Mike Shinoda’s riveting performance of “Crossing a Line” with The Roots on The Tonight Show Starring Jimmy Fallon.

As a special treat for fans, at each show Mike will be showcasing the art pieces he created while writing and recording Post Traumatic.

“Listening to a recorded song is not the same as experiencing that song live on stage,” says Shinoda. “Similarly, seeing a painting in an album or book is not the same as seeing the original, in person. In sharing a live experience with you, my hope is to inspire questions, answers, and reflection—not only about my story, but about your own. The search for meaning is boundless, and art is often one of our best vehicles.” 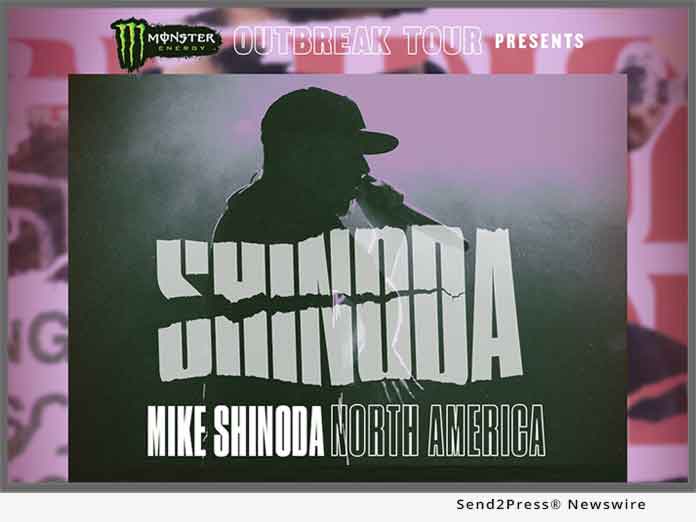 Echoing Shinoda’s excitement, Monster Energy Outbreak Tour Founder Steve Glazer comments, “The Monster Energy Outbreak Tour is typically reserved for debut, emerging artists; and while Mike has obviously had a ton of success as a founding member of one of the biggest bands of all time, Mike Shinoda the solo artist is starting off completely fresh. We absolutely love his Post Traumatic material, and we’re excited to bring his first solo tour all across North America this fall.”

Tickets for the tour will be on-sale as follows:

ABOUT MIKE SHINODA:
Mike Shinoda is a songwriter, performer, record producer, film composer and visual artist. He is best known as co-lead vocalist for multi-platinum Grammy-Award winning rock band, Linkin Park, which has sold over 55 million albums worldwide and commanded a massive fan following, holding the title as the most-liked band on Facebook and amassing over 5.5 billion YouTube views. Shinoda is a founding member of the group, which achieved the best-selling debut of this century with their Diamond-certified album, “Hybrid Theory,” selling over 10 million copies in the US alone.

Collectively, they sold out stadiums around the globe and earned a multitude of accolades including 2 Grammy Awards, 5 American Music Awards, 4 MTV VMA Awards, 10 MTV Europe Music Awards, 3 World Music Awards, and most recently, “Rock Album of the Year” at the 2018 iHeartRadio Music Awards for their seventh studio album, One More Light. In 2005, Shinoda launched his first solo project, Fort Minor, releasing The Rising Tied to critical acclaim, with the single “Where’d You Go,” which reached number 4 on the Billboard Hot 100 chart and accumulated nearly 10 million YouTube views to date. In the months since the passing of Linkin Park vocalist Chester Bennington, Shinoda has immersed himself in art as a way of processing his grief.

The result is his critically acclaimed full-length solo album, “Post Traumatic,” a transparent and intensely personal record that is accompanied by visuals that Shinoda filmed, painted and edited himself. The new album includes 16 tracks, including the three songs from the “Post Traumatic” EP, released earlier this year to an overwhelmingly positive response from The New York Times, NPR, Rolling Stone, Billboard and more.

ABOUT MONSTER ENERGY:
Based in Corona, California, Monster Energy is the leading marketer and distributor of energy drinks and alternative beverages. Refusing to acknowledge the traditional, Monster Energy supports the scene and sport. Whether motocross, off-road, NASCAR, MMA, BMX, surf, snowboard, ski, skateboard, or the rock n’ roll lifestyle, Monster Energy is a brand that believes in authenticity and the core of what its sports, athletes and musicians represent. More than a drink, it’s the way of life lived by athletes, sports, bands, artists, believers and fans.

See more about Monster Energy including all of its drinks at https://www.monsterenergy.com/ | https://www.facebook.com/MonsterEnergy/.

View More Music and Recording News
"In sharing a live experience with you, my hope is to inspire questions, answers, and reflection-not only about my story, but about your own. The search for meaning is boundless, and art is often one of our best vehicles," says Shinoda.

LEGAL NOTICE AND TERMS OF USE: The content of the above press release was provided by the “news source” Monster Energy Outbreak Tour or authorized agency, who is solely responsible for its accuracy. Send2Press® is the originating wire service for this story and content is Copr. © Monster Energy Outbreak Tour with newswire version Copr. © 2018 Send2Press (a service of Neotrope). All trademarks acknowledged. Information is believed accurate, as provided by news source or authorized agency, however is not guaranteed, and you assume all risk for use of any information found herein/hereupon.