OWENSBORO, Ky., Jan. 25, 2017 (SEND2PRESS NEWSWIRE) –- When Patrick Bosley, manager of the Moonlite Bar-B-Q-Inn, learned that their heritage barbeque restaurant was named as one of 15 of the world’s happiest places in not just the state, but the world, he was equally surprised as he was thrilled. 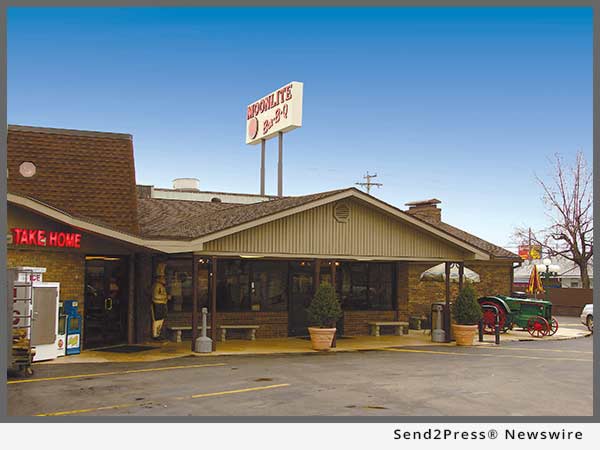 On January 16, CNN released a list “15 of the World’s Happiest Places” and Moonlite Bar-B-Q-Inn was among them. The writer, Griffin Shea, reported that this fourth-generation, family-owned barbeque joint quite simply “tastes like home.”

“We have no idea how we came to be part of this list,” Bosley says. “A CNN reporter contacted us a few months back, but I had no idea where it was going to lead. We’re honored and I’m planning to reach out to others on the list to share my congratulations with them too.”

And apparently Griffin is not alone in her opinion. The Moonlite Bar-B-Q-Inn has been making people smile for more than 50 years. It’s become a Kentucky tradition that serves up a very non-traditional ingredient – mutton.

Mutton, or aged lamb, has declined in popularity over the years because it takes time – something many people are short on these days. However, the folks at Moonlite Bar-B-Q continue to rely on this slow-cook method which happens over its hickory burning pit. After 12 hours, guests enjoy fall-off the bone mutton – a signature item that has brought them to world fame.

What else sets this place apart? Its barbeque buffet. According to “Gourmet Magazine,” it’s “spectacular” and “puts Owensboro barbeque in a class by itself.”

The restaurant seats 350 guests and serves about 350,000 meals per year and its hand-built barbeque pit is equivalent to the size of four mid-sized cars stacked together. Yet, despite the volume, the place maintains its family vibe and warm atmosphere.

Bosley adds that it was pretty humbling to be included on a list of the world’s happiest places. Others that made the grade included Health Land Spa and Massage in Bangkok; Mary, a chocolate shop in Brussels; Ulva Island in New Zealand; Casablanca Valley in Chile; and more.

For more information, check them out on Facebook: https://www.facebook.com/MoonliteBarBQ or visit: http://www.moonlite.com/.

LEGAL NOTICE AND TERMS OF USE: The content of the above press release was provided by the “news source” Moonlite Bar-B-Q Inn or authorized agency, who is solely responsible for its accuracy. Send2Press® is the originating wire service for this story and content is Copr. © Moonlite Bar-B-Q Inn with newswire version Copr. © 2017 Send2Press (a service of Neotrope). All trademarks acknowledged. Information is believed accurate, as provided by news source or authorized agency, however is not guaranteed, and you assume all risk for use of any information found herein/hereupon.