"We are the state's authority, and will continue to advise the museum and help develop the Kentucky exhibit," Patrick Bosley, a manager of the Moonlite Bar-B-Q Inn and also the youngest grandson of Pappy, says.

OWENSBORO, Ky., April 27, 2015 (SEND2PRESS NEWSWIRE) — Moonlite Bar-B-Q Inn was recently selected to be part of a permanent exhibit, Trail of Smoke and Fire, in the Southern Food and Beverage Museum in New Orleans. Pappy Bosley’s cleaver and butcher knife, and an original menu from 1963-1965 accompanied by historical photos will be part of the installation.

The Bosley family has owned the Moonlite Bar-B-Q Inn for more than 50 years.

“We are the state’s authority, and will continue to advise the museum and help develop the Kentucky exhibit,” Patrick Bosley, a manager of the Moonlite Bar-B-Q Inn and also the youngest grandson of Pappy, says.

So, exactly what makes these selected pieces museum quality? The cleaver and butcher knife were wielded by Pappy from 1963 through 2013. It is conservatively estimated that he butchered nearly a quarter million mutton carcasses, helping to build the Inn’s reputation for serving the best barbecued mutton in Kentucky, and perhaps the nation.

In fact, one of the most iconic meals one could order from the menu was the Mutton BBQ sandwich and a bowl of Burgoo, a traditional stew that has been the backbone of Kentucky food for the last 150 years. 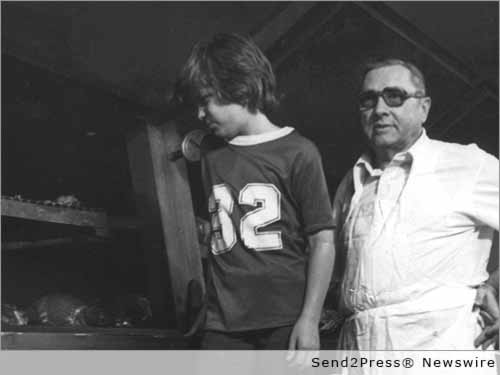 Additionally, prior to World War II, the knives were forged from American virgin steel cutlery by The Village Blacksmith Company and serve as fine examples of the skilled craftsmanship occurring during that era.

Bosley is thrilled that the director of the International Barbecue Association connected them with the museum’s curator, Steven Raichlen.

“The rest is history, and one that will now be well preserved,” Bosley says.

About Moonlite Bar-B-Q Inn:
Over the last 50-plus years, the Moonlite Bar-B-Q Inn has remained a family-owned and run business. Multiple generations continue to work together to keep things going and growing. What started as a roadside retreat of 30 seats, now boasts a staff of more than 120, 350 seats, a USDA-inspected processing plant, and an extensive catering and wholesale division. 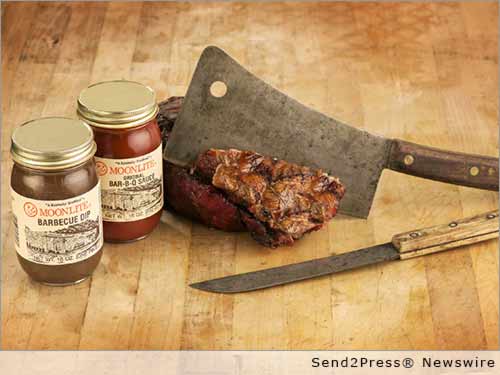 NEWS ARCHIVE NOTE: this archival news content, issued by the news source via Send2Press Newswire, was originally located in the Send2Press® 2004-2015 2.0 news platform and has been permanently converted/moved (and redirected) into our 3.0 platform. Also note the story “reads” counter (bottom of page) does not include any data prior to Oct. 30, 2016. This press release was originally published/issued: Mon, 27 Apr 2015 13:21:14 +0000

View More Entertainment News
"We are the state's authority, and will continue to advise the museum and help develop the Kentucky exhibit," Patrick Bosley, a manager of the Moonlite Bar-B-Q Inn and also the youngest grandson of Pappy, says.

LEGAL NOTICE AND TERMS OF USE: The content of the above press release was provided by the “news source” Moonlite Bar-B-Q Inn or authorized agency, who is solely responsible for its accuracy. Send2Press® is the originating wire service for this story and content is Copr. © Moonlite Bar-B-Q Inn with newswire version Copr. © 2015 Send2Press (a service of Neotrope). All trademarks acknowledged. Information is believed accurate, as provided by news source or authorized agency, however is not guaranteed, and you assume all risk for use of any information found herein/hereupon.