WASHINGTON, D.C., May 2, 2018 (SEND2PRESS NEWSWIRE) — A study led by researchers at the federal government’s National Toxicology Program (NTP) has found no link between elevated levels of fluoride and cognitive/learning deficits. The American Fluoridation Society (AFS) reports that the recently released NTP study examined rats that consumed food and water with varying exposures of fluoride. The researchers “observed no exposure-related differences in motor, sensory, or learning and memory performance” for any of the nine tests they conducted. 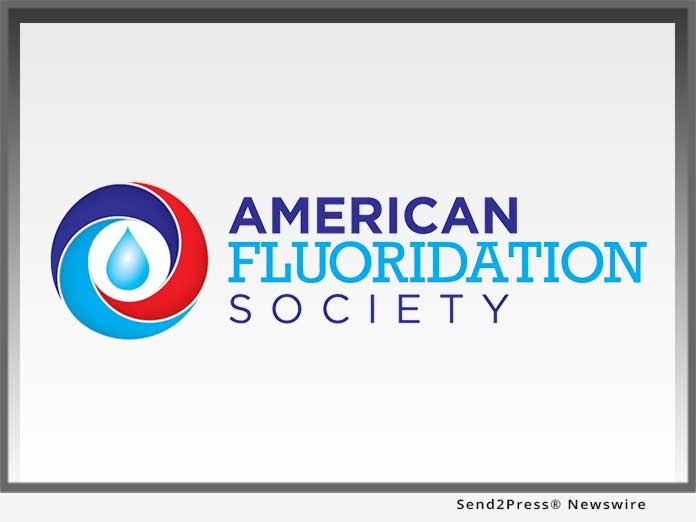 When the NTP study was first announced, an anti-fluoride group welcomed the news with a headline declaring that the study’s findings “could end fluoridation.” This group cited the NTP’s “cutting edge scientific tools” and wrote that the NTP’s decision to conduct a study “puts a lie to [proponents’] claims” about fluoridation. The American Fluoridation Society (AFS) noted that critics have been quiet since the NTP study results were publicly released.

“Critics of community water fluoridation were thrilled when the NTP said they would conduct a thorough study of this issue,” said AFS President Johnny Johnson. “However, they have been as quiet as a church mouse since the NTP’s findings were made public. Once again, they choose to ignore the studies that don’t fit into their fear-based mindset. They’re choosing silence over science.”

The NTP research studied rats during their prenatal development through their adulthood. These rats consumed water with three different concentrations of fluoride (0, 10 and 20 ppm) and two different fluoride levels in food: 20.5 ppm (a standard diet) and 3.24 ppm (low-fluoride diet). Although fluoride critics often claim that fluoridation is harmful to the thyroid, the NTP study revealed that thyroid hormone levels were not altered by exposure to levels as high as 10 or 20 parts per million (ppm) of fluoride.

The only side effect found by the NTP study was inflammation of the prostate gland, which was observed only at a fluoride exposure that was far above the level of human exposure by drinking fluoridating water.

In addition to the NTP study, research published in 2015 by the American Journal of Public Health found no link at all between fluoridation and IQ scores. This 2015 study was conducted in New Zealand, where fluoridation programs are common. The New Zealand study examined a large sample of people and examined IQ scores collected over a 31-year period.

Few public health topics have been researched as thoroughly as CWF. In fact, the database maintained by the U.S. National Library of Medicine contains more than 56,000 studies or research papers on fluoride. And the Library’s records include more than 6,400 studies that focus specifically on fluoridation.

Two other recent reports reinforce the safety of fluoridated water. In a report issued this March, Public Health England reviewed the evidence surrounding fluoridation and reached this conclusion: “The findings of this report agree with the view that water fluoridation is an effective and safe public health measure to reduce the frequency and severity of dental decay, and narrow differences in dental health between more and less deprived children and young people.”

In April, the Food Safety Authority of Ireland (FSAI) issued a report stating that “there is currently no scientific basis for concerns about the safety of children and adults” due to fluoride exposure from foods and drinks.

View More Health and Medical News
"Critics of community water fluoridation were thrilled when the NTP said they would conduct a thorough study of this issue," said AFS President Johnny Johnson.

The American Fluoridation Society was founded in 2014 by a group of concerned professionals anxious to see all residents of the United States served by community water systems enjoy the benefits of community water fluoridation (CWF). Equally important to this Society is to prevent rollback attempts by opponents of CWF, as well as to initiate CWF where it has not been previously available.

LEGAL NOTICE AND TERMS OF USE: The content of the above press release was provided by the “news source” American Fluoridation Society or authorized agency, who is solely responsible for its accuracy. Send2Press® is the originating wire service for this story and content is Copr. © American Fluoridation Society with newswire version Copr. © 2018 Send2Press (a service of Neotrope). All trademarks acknowledged. Information is believed accurate, as provided by news source or authorized agency, however is not guaranteed, and you assume all risk for use of any information found herein/hereupon.