According to Cheney Brand, SunBug's CEO, "Nick's experience in entrepreneurial organizations, his passion for clean energy, and his business development acumen dovetail perfectly with the next phase of SunBug's growth. We are very excited to bring him onboard."

D’Arbeloff is well recognized in the Massachusetts clean energy sector, having served as the Founding President of the New England Clean Energy Council. He brings to SunBug an entrepreneurial spirit, years of experience in clean energy & technology, and a track record of successful initiatives.

In his new position at SunBug Solar, Nick leads the commercial project division at a time when the “small commercial” sector of the Massachusetts market – rooftop photovoltaic projects under 1MW – is growing robustly. Nick will set strategy, manage a diverse team of sales and design professionals, and engage in all business development tasks in this rapidly emerging market.

According to Cheney Brand, SunBug’s CEO, “Nick’s experience in entrepreneurial organizations, his passion for clean energy, and his business development acumen dovetail perfectly with the next phase of SunBug’s growth. We are very excited to bring him onboard.”

“I’m incredibly pleased to be joining the SunBug team. The economics of solar have never been stronger, and SunBug is well-positioned to harvest tremendous opportunity in the residential and small commercial marketplace,” said d’Arbeloff. “With a sizable installed base of highly satisfied customers, SunBug has proven that it understands how to consistently deliver solar systems to both the residential and commercial market in an economically compelling fashion. I very much look forward to helping the team build on that foundation.”

Most recently, Nick served as President of CleanFuture Consulting where he provided strategic business, sales and marketing services to a number of local technology and clean energy companies. Previously, he served as President of Advanced Energy Economy with a focus on Regional Development & National Programs, and Vice President of Energy Efficiency Solutions at EnerNOC (NASDAQ: ENOC).

Before joining EnerNOC, Nick was the founding president of the New England Clean Energy Council, formed in 2007 to accelerate the region’s clean energy economy. He grew the Council into a 200-member trade group, while driving a number of signature initiatives that have positively impacted the clean energy sector in the state of Massachusetts and New England. The organization won a number of awards on his watch, including a DOE Energy Innovator Award and Babson’s E3 Leadership Award. In 2010, the Council was also named one of the two most effective clean energy cluster-building organizations in the world.

Nick is a representative of The Climate Project, trained by former Vice President Al Gore to educate audiences about the science underlying global climate change. He serves on the board of both the New England Clean Energy Council and the Massachusetts Audubon Society.

About SunBug Solar:
SunBug Solar is a solar energy consulting and installation company based in Somerville and Arlington, Mass., offering turnkey solar solutions to commercial, residential and not-for profit clients. Our integrated approach incorporates site analysis, system design, incentive processing and system monitoring, allowing our team of professionals to anticipate questions and challenges while managing a project from start to finish. With six years in operation and over 500 projects deployed in Massachusetts, our experience and practical approach allows SunBug to always deliver on time, on schedule, and on budget. 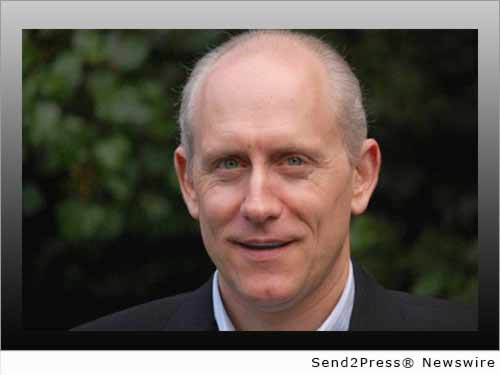 NEWS ARCHIVE NOTE: this archival news content, issued by the news source via Send2Press Newswire, was originally located in the Send2Press® 2004-2015 2.0 news platform and has been permanently converted/moved (and redirected) into our 3.0 platform. Also note the story “reads” counter (bottom of page) does not include any data prior to Oct. 30, 2016. This press release was originally published/issued: Thu, 16 Apr 2015 14:27:23 +0000

View More Business News
According to Cheney Brand, SunBug's CEO, "Nick's experience in entrepreneurial organizations, his passion for clean energy, and his business development acumen dovetail perfectly with the next phase of SunBug's growth. We are very excited to bring him onboard."

LEGAL NOTICE AND TERMS OF USE: The content of the above press release was provided by the “news source” SunBug Solar or authorized agency, who is solely responsible for its accuracy. Send2Press® is the originating wire service for this story and content is Copr. © SunBug Solar with newswire version Copr. © 2015 Send2Press (a service of Neotrope). All trademarks acknowledged. Information is believed accurate, as provided by news source or authorized agency, however is not guaranteed, and you assume all risk for use of any information found herein/hereupon.