NYC Mayor Candidate Campaigns for Back to Life to Real Solutions 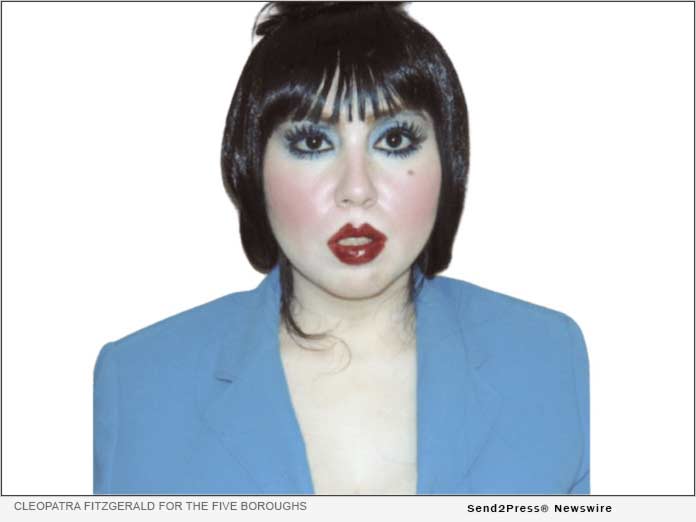 She’s calling it the “Renova” (Latin for renew, restore, revive) campaign and is focused on implementing innovative tactics throughout the five boroughs to address issues such as culture, ethnicity, society levels, hereditary traditions, gender, lifestyles, religion, bias and discrimination and more. She’s passionate about diversity and human rights and her vision is to restore broken systems and reverse injustices.

“I want to create a safe haven for everyone to call home and envision a city where we can all work towards prosperity,” she says.

At present, Fitzgerald is working to give people peace of mind. She’s encouraging them not to worry too much during the current pandemic and shares that help is on the way.

“Be happy, be healthy and let’s work to create a brand-new life that will collectively benefit all of our neighborhoods,” she says. “We can step up, but it depends on all of you.”

Cleopatra Fitzgerald has a background in political science. She’s met with many of the city’s politicians, including Manhattan Borough president, U.S. representative, and Senate candidate. She’s been featured on Twiplomacy’s Twitter accounts most followed by world leaders and was invited to attend: George W. Bush – Official President’s Dinner Invitation, an honorary invite to take a photo with Barack Obama, World Leaders Forum/gathering at the Hilton Hotel, President Trump’s inaugural celebration, opening of the campaign office for Independence Party presidential candidate Brock Pierce.

At a CUNY event she sat next to Virginia Fields and at the front seat observed Fernando Ferrer giving his speech. She attended the Brooklyn CUNY Remembrance event of Shirley Chisholm where many whom knew her including Gloria Steinem was present. Ms. Fitzgerald was awarded the Martin Luther King’s award and among these others for her leadership and fight against discrimination of all types.

She was a longtime Democrat, several years Independent and currently Republican.

Throughout the years, she’s been an active voice who has worked towards fixing broken systems. Her research provides her with an edge to protect people’s rights and her reputation is a respected one. She kindly asks of borough neighbors to restore and revive the five boroughs’ broken systems by spreading the word and joining her in the effort to meet this end.

“Paid for By Cleopatra Fitzgerald For The Five Boroughs”

View More Elections and Politics News
"I want to create a safe haven for everyone to call home and envision a city where we can all work towards prosperity," Fitzgerald says.

More from Cleopatra Fitzgerald For The Five Boroughs

ABOUT THE NEWS SOURCE:
Cleopatra Fitzgerald For The Five Boroughs

Cleopatra Fitzgerald has a background in political science. She's met with many of the city's politicians, including Manhattan Borough president, U.S. representative, and Senate candidate. She's been featured on Twiplomacy's Twitter accounts most followed by world leaders. Throughout the years, she's been an active voice who has worked towards fixing broken systems.

RSS News Feed for Cleopatra Fitzgerald For The Five Boroughs

LEGAL NOTICE AND TERMS OF USE: The content of the above press release was provided by the “news source” Cleopatra Fitzgerald For The Five Boroughs or authorized agency, who is solely responsible for its accuracy. Send2Press® is the originating wire service for this story and content is Copr. © Cleopatra Fitzgerald For The Five Boroughs with newswire version Copr. © 2020 Send2Press (a service of Neotrope). All trademarks acknowledged. Information is believed accurate, as provided by news source or authorized agency, however is not guaranteed, and you assume all risk for use of any information found herein/hereupon.